Lemonade is the second visual album and sixth solo album released by singer-songwriter, actress, and dancer Beyoncé Knowles-Carter. The surprise album, which released in April of 2016, is an emotional outpour that explicitly tackles the theme of infidelity. If on her previous album, Bey and Jay were “drunk in love”, it seems that Lemonade is the messy hangover that neither of them saw coming. Angry and frustrated, Beyoncé lashes out at Jay Z with an empowered middle-fingers- up-attitude. She even gives him the ultimatum in the powerful song “Don’t Hurt Yourself.”  One of the most amazing things about this album is the broad vocal and stylistic range that Beyoncé explores from song to song. She sings with grit in her power ballad with rock music legend, Jack White, “Don’t Hurt Yourself” then blends country with New Orleans style jazz in “Daddy Lessons” which encapsulates her earliest memories of infidelity. In addition to themes of rage and redemption, feminism and power, Beyoncé connects to her historical past in songs such as “Freedom” and “Formation”, which convey the difficulties of being a black individual in America. Each song showcases the raw passion in her voice and serves to inspire the multitude of fans that connect with, and feel empowered by her music.

2016 has been a big year for hip-hop, with Drake dropping his highly anticipated fourth album VIEWS, and Kanye West also releasing the gospel laden Life of Pablo.  However one of the best new releases in the genre came from an independent artist, signed to no label, the 23-year old, Chance the Rapper. His debut album Coloring Book effortlessly  weaves  spirituality and swag together in a much more digestible way than Kanye’s Life of Pablo does.  Coloring Book is a gospel inspired hip-hop album that can leave even the most non-religious of listeners feeling uplifted.

Are You Serious is the third album released by the multitalented indie musician Andrew Bird. On his new record, Bird plays violin and guitar, sings, and hauntingly whistles with instrument-like precision. His signature whistle can be heard at the start of track eight, “Saints Preservus”. The album features the voice of Fiona Apple in the fiery duet “Left Handed Kisses,” where the two passionately banter back and forth. Singer, Moses Sumney is also featured on the album and can be heard in the opening song, “Capsized.” This album is an essential if you want to start off your morning with mellow jams that simultaneously showcase technical precision.

Nosebleed Weekend is the fifth album to be released by the all female, Atlanta-based, punk power-trio, The Coathangers. Moreover, the album is proof that the band’s sound has really matured and has become more cohesive over the last ten years. Testing out unique sound effects, their new album contains some really fun and playful tracks like “Squeeki Tiki” which utilizes the squeak of a dog’s chew toy for its infectious hook.

Hailing from the music mecca of Los Angeles, the five-piece indie-pop band, Local Natives, has released their third studio album, Sunlit Youth. The album features a much lighter, dancier synth-pop sound compared to their previous two releases. The lyrics in the fourth track, “Fountain of Youth” make it clear the the band is producing the kind of music they want to be making, as singer Taylor Rice belts the carefree chorus “We can do whatever we what / We can say whatever we mean”.

The eagerly awaited Ash & Ice is the first album to be released by The Kills has released in five years. No longer the fire and water combo of the past, the duo has become ash and ice,  a far less volatile mix, producing catchy melodies with a dark vibe. After waiting so many years for a new release,  listeners definitely won’t feel cheated by the album’s nearly hour-long run time.

Check out: “Doing it to Death”, “Hard Habit to Break”

Self-proclaimed beach goths, The Growlers  unveil their 5th studio record,  City Club. The album marks the group’s first release with Cult Records. The record is far more experimental than the psych-rock sound of their past. Their typically distorted vocals become even fuzzier in the style of producer Casablancas. Though it will take some getting used to, the Growlers present an unapologetic funky style on City Club that is fit for an 80’s nightclub or late-night drive through the hills of Los Angeles.

Santigold’s third album features a danceable, happy and bright art-pop sound offset by a heavy critique of consumerism. The theme is straight-forward, thus the album’s title 99 Cents. It is an intentionally low price tag self-assigned by the artist. So absurd that you know that there is  a bigger statement being made. Presented like packaged meat, Santigold has created an album equally suitable for mass consumption. Cheery compared to previous releases, the album hit number 55 on the Billboard 200 this year.

Check out: “Can’t Get Enough of Myself”, “Chasing Shadows”

With “You Don’t Get Me High Anymore”  already playing on the radio, things are looking good for the dream-pop duo Phantogram, who released their third studio album, Three.  The upstate New York duo combine synth and sampling  to produce a sound that still makes you want to dance, even though the subject matter is brooding and gloomy. Though death and loss are obvious themes, there is no clear storyline or narrative which is why Phantogram’s Three comes in at number 10 on the list.

Check out: “You Don’t Get Me High Anymore”, “Same Old Blues” 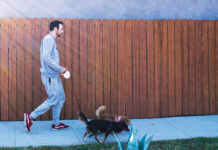 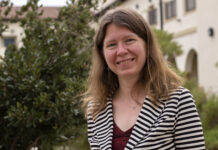 Finding the micro in the macro