There is a societal expectation of what we are supposed to look like and what is “normal.” But what if, since before birth, a person’s appearance has been genetically set? Dwarfism is an inherited genetic deviation. This gene can cause a person to be of short stature with shorter limbs. One in every 10,000 births will be diagnosed with a type of dwarfism, according to Leslie Vanderpool, chapter 12 president for the Little People of America (LPA).

​Emelyne Batugo is a 19-year-old Los Angeles Pierce College student who was born with a type of dwarfism called achondroplasia. She is 4 feet 3 inches tall.

Emelyne’s parents had no idea their daughter would be born different. “What was crazy is that when my wife was pregnant we ate at a Chinese place and received a fortune cookie,” says Edwin Batugo, Emelyne’s father. “The fortune said: ‘A small person will soon enter your life.’ At first, we just thought it meant that it was because we were going to have a child, but then I remembered and looked back at the fortune when I found out my daughter was a little person.”

“It was a surprise,” Edwin says. ”The only difference was my daughter is a little person, and if I were to compare her with my first child, Emmie started walking a little later. But the doctor said that in her condition Emmie was a fast baby and learned to walk sooner than other dwarfism babies.”

Batugo is working toward a degree in animal science, with hopes of becoming a veterinarian.

Batugo’s childhood was not easy. At the age of 4, she had already become aware of her short stature.

“At first I didn’t like it,” Emelyne says. “I used to hate myself and would cry sometimes, but that was because of the bullying. Then I started going to this thing called LPA. It’s like a convention where there are a lot of other little people, and they helped me get over it.”

​Emelyne attended Little People of America from age 2 until she turned 10.

Little People of America is an organization created for the betterment of little people. It was started by actor Billy Barty in 1957. It is used as a support group for new families who have a child with a type of dwarfism.

“In the beginning I felt embarrassed to go and I was really shy,” recalls Emelyne, who says she experienced a lot of bullying in elementary school. “I wanted to go back, but in middle school and high school the people were so nice, so I changed my mind. I felt comfortable. I recently started going back to LPA in July because there was a convention in San Diego. That was pretty cool.”

As a chapter president, Vanderpool, 48, connects families going through the same situations.

Vanderpool gets parents involved with the organization and puts them in direct contact with other families going through the same thing. Vanderpool was born with a rare type of dwarfism called acromesomelic dysplasia.

“My type of short stature is recessive so both my parents had to have the same gene,” Vanderpool says.

Standing 3 feet 6 inches, Vanderpool says LPA has helped her through different periods in her life.

“LPA was a great thing for me,” Vanderpool says. “It gave me that social life that I didn’t have. When I was young and first getting into it, I didn’t want anything to do with LPA because I looked at them and thought that I didn’t look like that and that wasn’t me. Going through middle school and high school was tough, but in college at Seattle Pacific University, I had a great time. I got away from LPA because I was just so into my life and what I was doing.”

Vanderpool eventually returned to LPA, where she met her husband. They have two children, both with a type of dwarfism known as pseudoachondroplasia.

Vanderpool says, “It’s nice being around other little people at the events we host. It’s like being incognito and just being yourself without being on show or onstage all the time. Being a little person is like being famous, except without all the money.”

Batugo lives a fairly normal life, just from a different perspective. She is able to drive to school with her customized car, which has extension pedals.

“The only thing we added was a stool. We wanted to treat her normal and have her be independent and learn to do things on her own,’’ Edwin says.

“Whenever some things were too high even using a stool, instead of asking us for help, she would think of a way to bring down whatever she needed, whether it was climbing or using a stick or something long to bring it down.”

“I feel like I’m like anyone else,” Emelyne says. “ I always go by the quote, ‘Don’t judge a book by its cover,’ because you don’t really know a person unless to get to know them. I feel like people should get to know me. I’m just like you. I just look a little different, but I’m also a person. I am a human being.”

For Emelyne, her social life isn’t affected by her short stature.  If anything, it gives her more motivation to achieve her aspirations.

“My goal is to prove everyone wrong. Just because I have a disability doesn’t mean I won’t be able to do certain things. I can do it,” Emelyne says. Some people discriminate by saying that because I am short I won’t be able to become a veterinarian. But being short doesn’t have anything to do with anything.”

Emelyne’s views on relationships and having children is about the same as any young person.

“I’m currently not dating anyone. I have dated and only dated regular height guys, who have actually been 6 feet or taller,” Emelyne says. “I have a thing for tall guys.”

Emelyne plans on having four or five children.

“I don’t care if my children are born small, average or both, just as long as they are healthy,” Emelyne says. 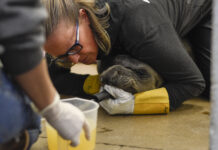 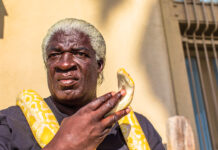 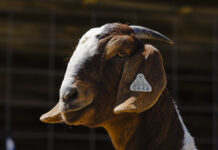