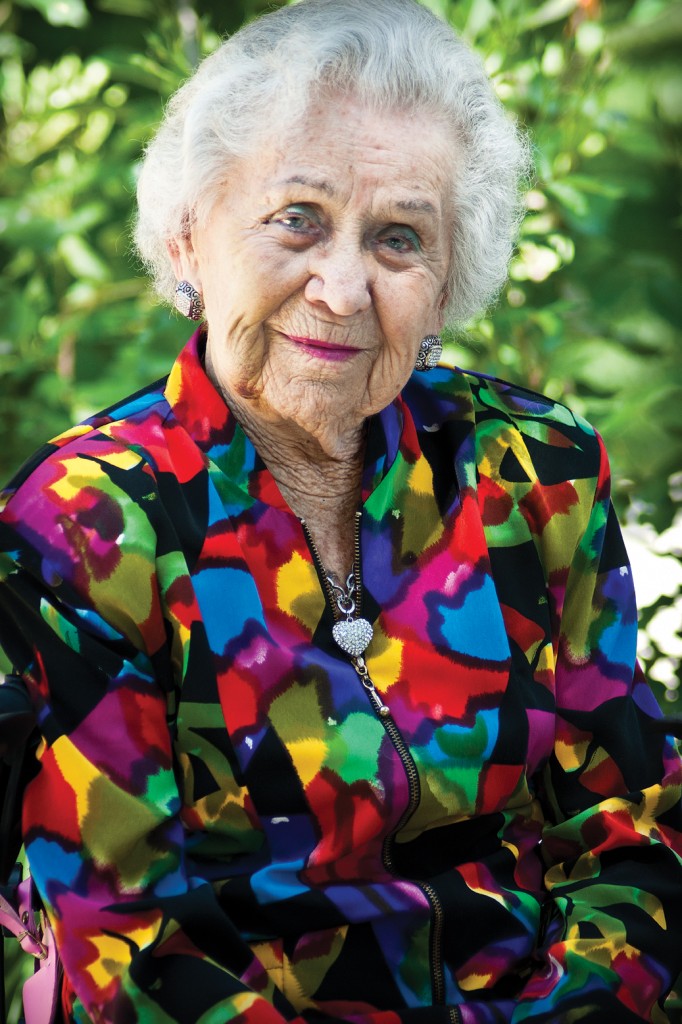 Bella Roos survived World War II by fleeing the Nazis when they raided her home.  They took her mother and cousins, who eventually were killed in the concentration camp.  Bella fled and lived on the run for 5 years.

“I cannot look upon my experiences as heroic because my natural tendency was not to be killed.  Whatever I had to go through: not having home, having money in my pocket but I couldn’t buy a roll at a bakery, I had nowhere to sleep and nothing to eat.  To remain alive in those circumstances, I don’t know if it is heroic, or I just used my sense by staying at railroad stations where there were toilets, by getting off the train in villages to steal food.  It’s only heroic that if I had ever been discovered by SSmen or by people reporting me because I had no identification papers, no job, that I had no place to sleep… that I was a Jew, I would have been shot.  I don’t know if that can be considered being heroic.  I was just trying to survive.”