Home Photo Essay Women with the news
1 of 4

In a tiny office cramped and filled with magazines, Assal Pahlevan sits at her desk writing, designing, making calls to possible advertisers and working alongside her fifteen reporters and writers including her father.

Pahlevan advocates for women and human rights, both nationally and abroad. She is the owner of “Ferdosi Emrooz,” a magazine published in Encino, California that circulates around the globe that focuses on political and social issues.

Her passion for storytelling led her to host a talk show on satellite Persian TV where she further discusses those issues. Her father, Abaass Pahlevan, was the Editor-in-Chief of the magazine “Ferdosi” in Iran. Because of the Iranian revolution in 1979, they left Iran and emigrated to Paris, France. When they moved to France, that’s when her work as a human and women’s activist began.

Assal said that she wanted to help women in Maghreb, Africa because the women there were being abused physically by their fathers or husbands. She spent a few years volunteering but left France because her father was in danger from the Iranian government.

Eventually, they arrived in the United States. Assal was able to attend L’Université Paris-Dauphine in France for accounting and electrical engineering, but her connection to storytelling motivated her to start the magazine, “Ferdosi Emrooz,” she runs today. Her father and husband Sidb Mohasseb, a professor and board member at the University of Southern California, are a huge support Assal said. 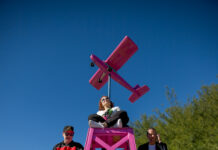 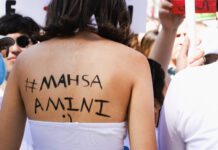 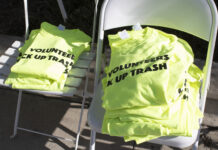