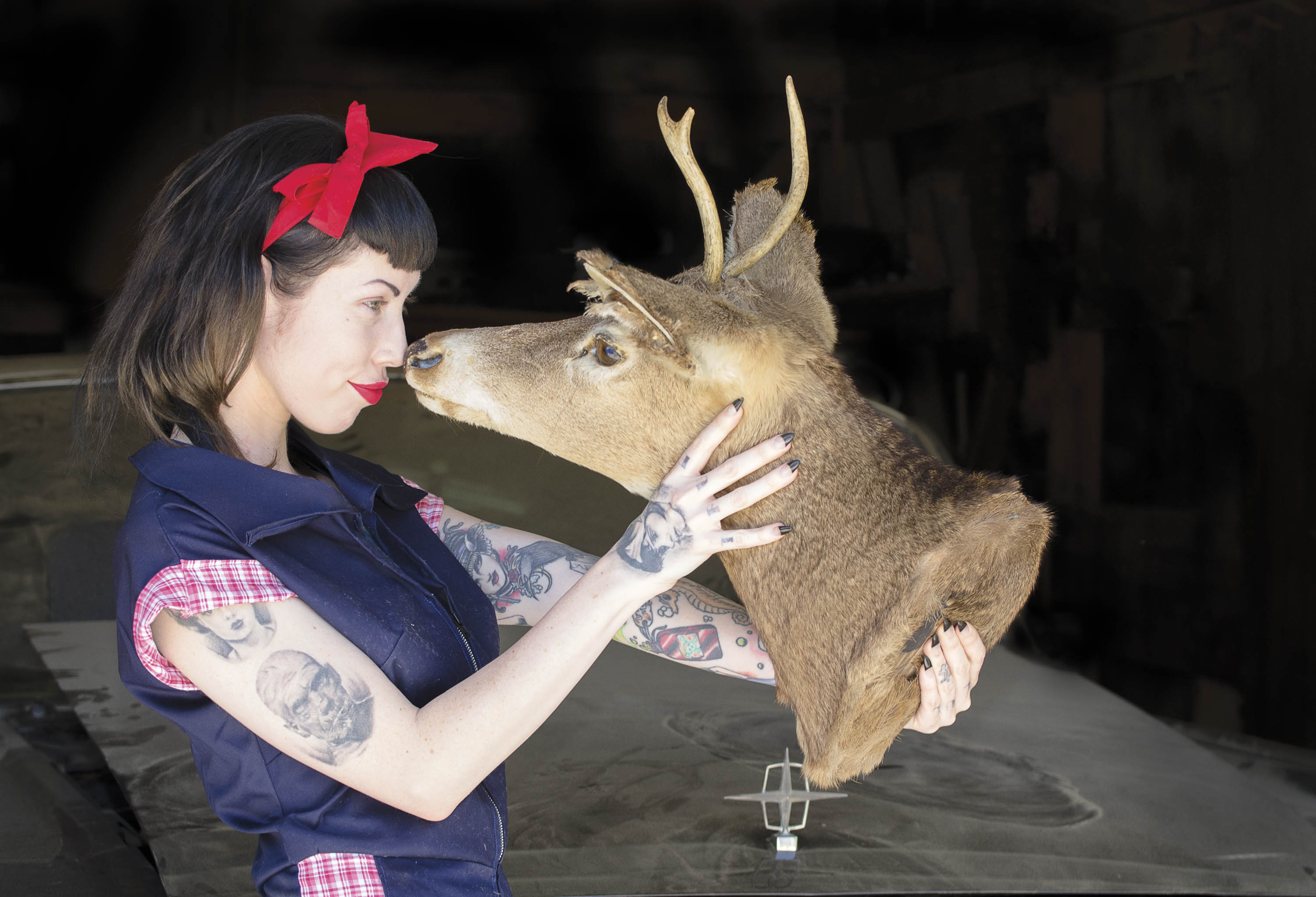 Wearing a retro floral pin-up dress and a silver necklace with a mink vertebrae pendant, both of which she made herself, Connie Lail-Preciado saunters into the room with ladylike charm. A self-described cross between “Leave it to Beaver” and “Elvira,” she fuses classy with creepy. Though dainty in demeanor, she is also tough and tatted up. It looks as if the pattern jumped off of her dress onto her pale skin.
“Ever since I was about 14, I started wanting to get my entire body tattooed,” Lail-Preciado says. “My left arm is mainly dedications and things for my family. I have movie monsters, sideshow attractions and on my back, from the top of my neck to my tailbone, I have Annie Oakley on her horse.”
She has plans to be fully covered in the next three years or so.
Always a creative, Lail-Preciado started selling her crafts in high school, where she would make hair bows and clips for her classmates.
After graduating early, she went to the Fashion Institute of Design and Merchandising (FIDM) in Los Angeles.
“I went through the whole college phase where you are living off of Top Ramen for a long time. I went to fashion school and poured all my money into that,” she said.
Lail-Preciado later realized that making fashion for the mainstream wasn’t for her.
“I make a lot of really odd things,” Lail-Preciado says. “I make most of my own clothes, and clothes for my kids. I love to make 1940’s lingerie, that’s probably my favorite style and era.”
With a wide range of interests, including fashion design, furniture restoration, collecting vintage pieces and all things macabre, Lail-Preciado decided to combine her passions into a new art form to focus on – taxidermy.