Rockstar Mike Inez continues to give back to the community 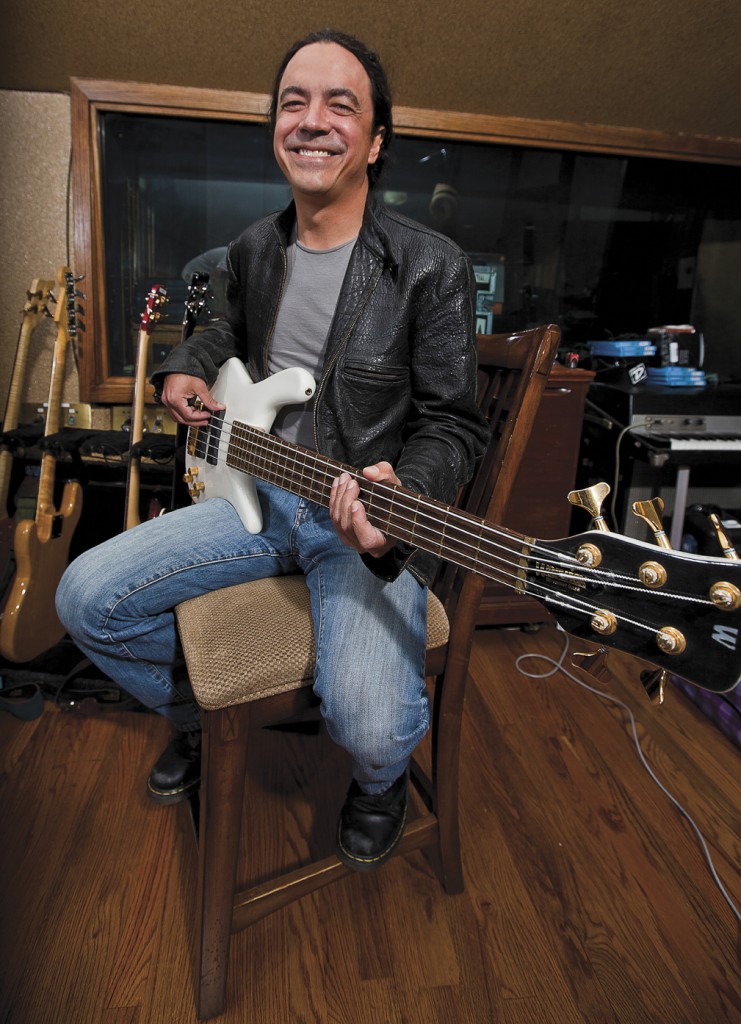 Alice in Chains bassist Mike Inez poses with one of his bass guitars in one of their practice studios in Arleta, Calif. April 4, 2012. Photo: Joe Kukuczka

Rock stars are adored across the globe for their fame, riches and ability to entertain. Alice in Chains, however, isn’t afraid to present the world with both music and a helping hand.

The current bass player of the band, Mike Inez, wants to give back and improve the world in any way that he can.

St. Jude is a facility that treats children with cancer and does ground breaking research on the disease. Patients at this hospital are cared for regardless of their financial resources.

“St. Jude is amazing,” Mike Inez says. “The kids don’t know the difference between having a normal life and just going to chemo all the time. That really spoke to my heart the most.”

Mike Starr left the band in 1993 and was replaced with current bass player Mike Inez. Then, after Layne’s death in 2002, the band took a hiatus for three years. Eventually, William Duvall joined as lead vocalist in 2006.

The band, which has greatly influenced heavy metal, has sold almost 35 million albums worldwide, has received eight Grammy nominations and was awarded with Best Video in a Film at the MTV Video Music Awards.

In addition to the band’s prominence, Alice in Chains is also cherished for providing people with music, entertainment and a concept of stardom that we’ve all come to worship.

“There’s something magical about music. It touches a certain part of your brain,” Mike Inez says.

Danielle Petrella, 18, a psychology major at Pierce College, also sees the beauty in music. She understands completely why people look up to musicians, especially those from her favorite genre.

“They’re doing what they want to do, spreading messages and thoughts,” Danielle says. “But I don’t really think any of them are heroes.”

Most musicians are associated with “sex, drugs and rock ‘n’ roll” rather than charities and valiant behavior. However, the members of Alice in Chains aren’t content to just sit back and be an antihero like other celebrities.

“I think it’s great,” student Danielle Petrella says. “I think all musicians should do that. When people think about heavy metal, they don’t think about such kindness.”

Mike’s wife, Sydney, says that her husband is definitely a hero. She supports him just as much in all of his contributions to charities and non-profit organizations as she does with his music.

“It’s in his heart and his kindness. He always wants to give back,” she says.

Recently, band members Mike Inez and Jerry, along with many other celebrities, made an impact on the lives affected by childhood cancer by participating in a charity golf tournament and silent auction in Palm Springs to benefit St. Jude.

“I wish I could play bass and cure cancer,” Mike Inez says. “But that’s not how the world works. I met a little girl there five years cancer-free. She had a cancer that used to have a 4 percent survival rate. Now it’s 96 percent because of research. That’s heroic to me.”

However, despite his charity work, Mike Inez humbly denies that he is a hero.

“Hero is such a loose term,” Mike Inez says.

According to him, firemen and policemen are real heroes.

The members of Alice in Chains have been involved in several other charities over the years as well.

“When we had our fantasy football league, we each played for a charity,” Mike Inez says. “I played for Gentle Barn.”

Gentle Barn is an organization that rescues abused animals and rehabilitates them with the help of at-risk or special needs youth. Located in Santa Clarita, The Gentle Barn is home to 130 animals that have received a second chance at life. Children who work with the animals at the farm learn about empathy and love.

“As the animals heal, the kids heal too,” Mike Inez says.

The band also offers special seating at their concerts for veterans from Operation Ward 57, a fund for wounded soldiers. This organization is close to the hearts of the members of Alice in Chains because every band mate comes from a military family.

“It’s easier to keep stuff simple,” Mike Inez says. “I guarantee not one person in my band would say they’re heroic. We’re just making a racket with guitars.”