The roots of the famous Hollywood sign are much deeper than the steel poles mounted on the hillside of Mount Lee.

Once a simple ad, the sign has grown in stature to the point that three organizations now care for it—the city of Los Angeles, the Hollywood Chamber of Commerce and the Hollywood Sign Trust, according to Chris Baumgart, the trust’s chairman.

The Hollywood sign was first built in 1923. Harry Chandler created it as a promotional vehicle to sell single-family lots in an area called Hollywoodland.

The original letters were 50 feet tall and spanned more than 500 feet. The sign also featured 4,000 20-watt bulbs, spaced eight inches apart. At night the sign blinked—first “Holly,” then “wood,” and, finally, “land,” according to hollywoodsign.org.

The structure of the sign was originally built with telephone poles, wood and wire because the structure was only supposed to last for about two years, according to Marty Shelton, a member of the Hollywood Chamber of Commerce.

As the years went on, the sign went into disrepair, and there was no interest from the city in maintaining the Hollywood sign, Shelton said.

In 1949, the letters were falling down the hillside, and the neighbors asked the city to remove them, according to a promotional video by the Hollywood Sign Trust. The city and the Hollywood Chamber of Commerce decided to put up a new sign. This one would read simply “Hollywood.”

“In 1977, Fleetwood Mac pledged a charity concert, but local residents prevented it,” according to historysign.org. “The next year, however, Hugh Hefner hosted a gala fundraiser at the Playboy Mansion, where individual sign letters were ceremonially auctioned off at $27,700 per letter.”

The new sign was rebuilt with steel girders and cement. Each of the nine letters stands 45 feet tall and spans 450 feet.

“The nice thing about this sign is that it’s not going anywhere. We’ve had earthquakes, wind storms, terrible weather, and that sign still sits there standing strong,” Baumgart said.

The City of Los Angeles owns the land on Mount Lee and the sign. The Hollywood Chamber of Commerce, on the other hand, owns the rights to the image and the trademark of the nine-letter set. Lastly, the Hollywood Sign Trust is responsible for the maintenance and preservation of the sign, and for promotions of the image of Hollywood as a center of motion picture production worldwide, according to Baumgart.

The Hollywood sign is under constant surveillance, with cameras and a guard at the top of the hill.

“There are interesting events that have got us, where there is security for the Hollywood sign,” Shelton said. “Over the years, people have altered the sign. There was a point back in the 1970s when the Hollywood sign said Hollyweed for marijuana.”

It is illegal to approach the Hollywood sign because people have tried to climb the hill over the years to touch it. For that reason, the Hollywood Sign Trust has installed about 24 security cameras.

From its humble beginnings and fall into disrepair, to being named Los Angeles Cultural-Historical Monument #111 in 1973, to its ongoing role as moniker for the land of dreams, the Hollywood sign is one of the world’s most recognizable icons. 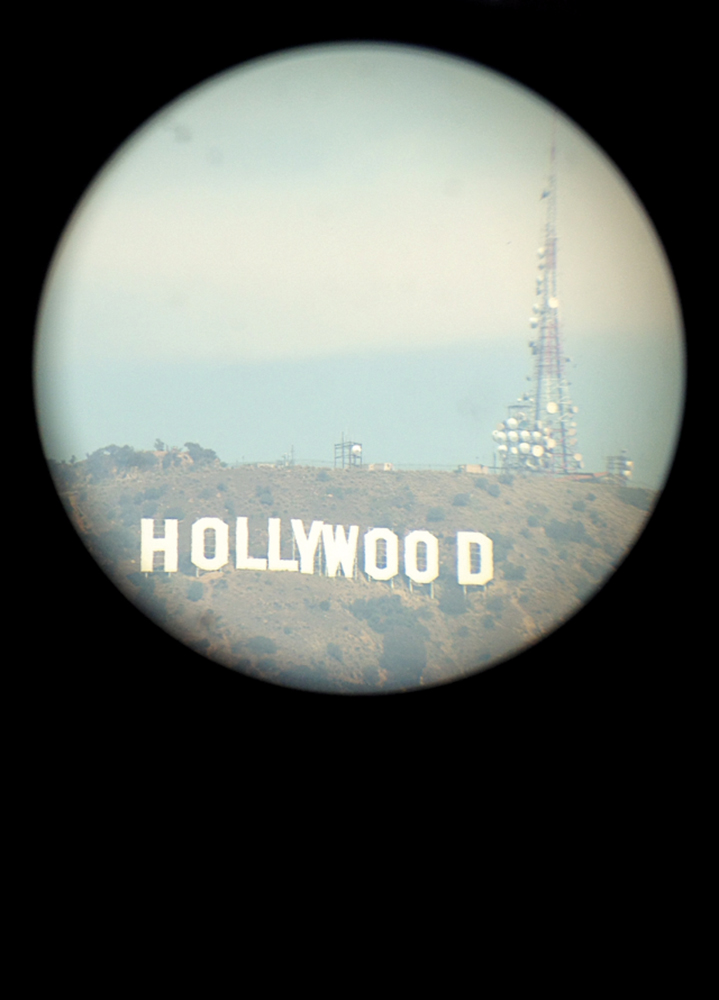