Home Uncategorized The 87 Stick Up Kids are skilled in the trade of that...

On Sunday night the guys from The 87 Stick Up Kids sat down with us at Unbreakable Tattoo in Studio City to talk about how they got started, where they are headed, and their new album “Car Keys & Rabbits Feet” due out April 5.

The 87 Stick Up Kids are made up of Deacon, Nash, Squish, and DJ Rockwell.

They first formed in 2007 after DJ Rockwell ran into Deacon rappin’ in front of a Popeye’s chicken in Hollywood and put the puzzle pieces together. The other three guys attended John Burroughs High School together sometime in the 90’s.

The big juicy fuzzed out bone rattling beats on their debut album “Car Keys & Rabbits Feet” can turn any kick back into a bangin’ party. If you need something to help keep you awake and bouncing on your next road trip, this is it. Not to mention the diverse and playful rap style of all the MC’s that mix together perfectly to make a delicious hip hop smoothie.

The influences of the Beastie Boys, Wu-Tang, A Tribe Called Quest, NAS, and Public Enemy are clear with this bunch of troublemakers. The 87 Stick Up Kids are playful, silly, and wildin’ out pretty much all the time. These boys are clearly overflowing with love for hip hop.

The 87 Stick Up Kids are explosive on stage like pop rocks and soda pop. Their dynamic live show is what sets them apart from their contemporaries. They have an incredibly infectious energy that spreads like chickenpox at an elementary school. The bass is always loud & thick and makes you wanna shake your booty while the boys jump around on stage like spider monkeys. The cherry on top is provided by the lovely and scantily clad Malice dancing on stage with them.

The boys hope to make their music into a lifestyle and they are steady on the path to doing so. The 87 Stick Up Kids will be showcased at South by Southwest in March and they plan to “destroy and conquer.”

The 87 Stick Up Kids have two shows coming up where you can catch some of the human fireworks action.

You can get more information about The 87 Stick Up Kids here: http://87stickupkids.bandcamp.com/

“Deacon” raises a hand in appreciation to the crowd after The 87 Stick Up Kids’ live performance at the Troubadour in West Hollywood, Calif. on Feb. 23, 2011. SK-87 are currently putting the finishing touches on their debut album, Car Keys & Rabbits’ Feet. (UD) 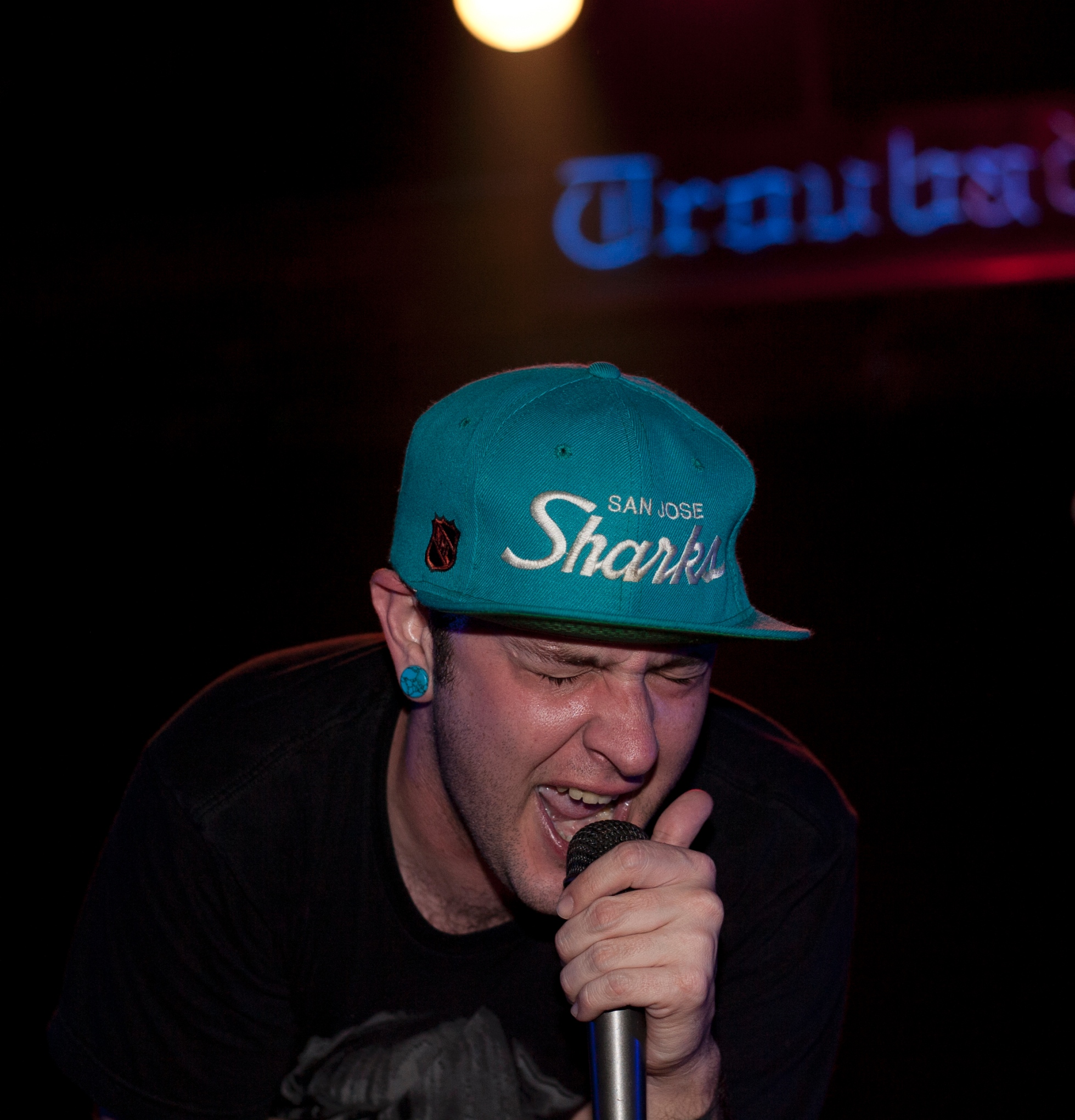 DJ Rockwell keeps the beats live and the rhythm on point during The 87 Stick Up Kids’ live performance at the Troubadour in West Hollywood, Calif. on Wednesday evening. SK-87 are currently putting the finishing touches on their debut album, “Car Keys & Rabbits’ Feet.” (UD)