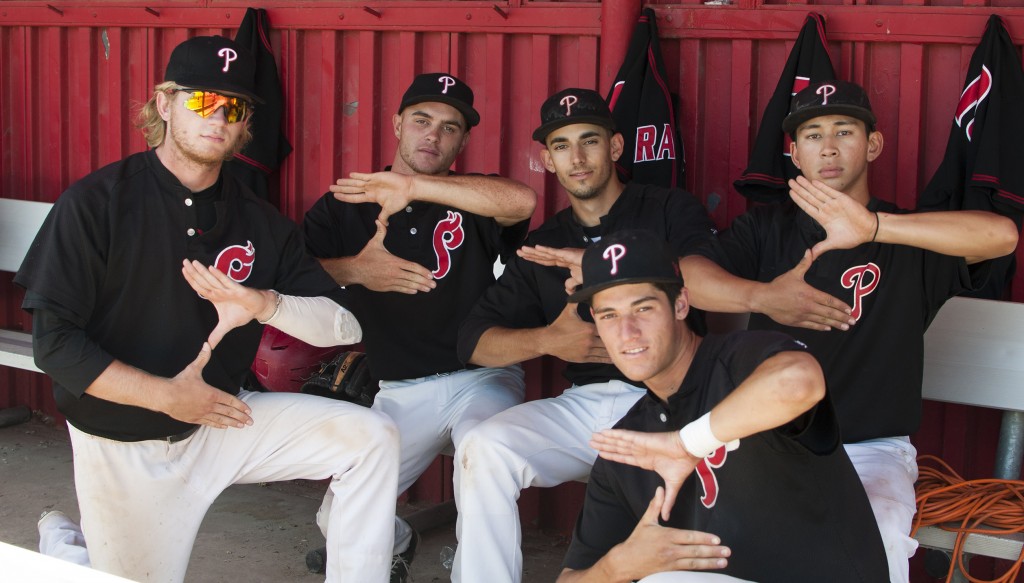 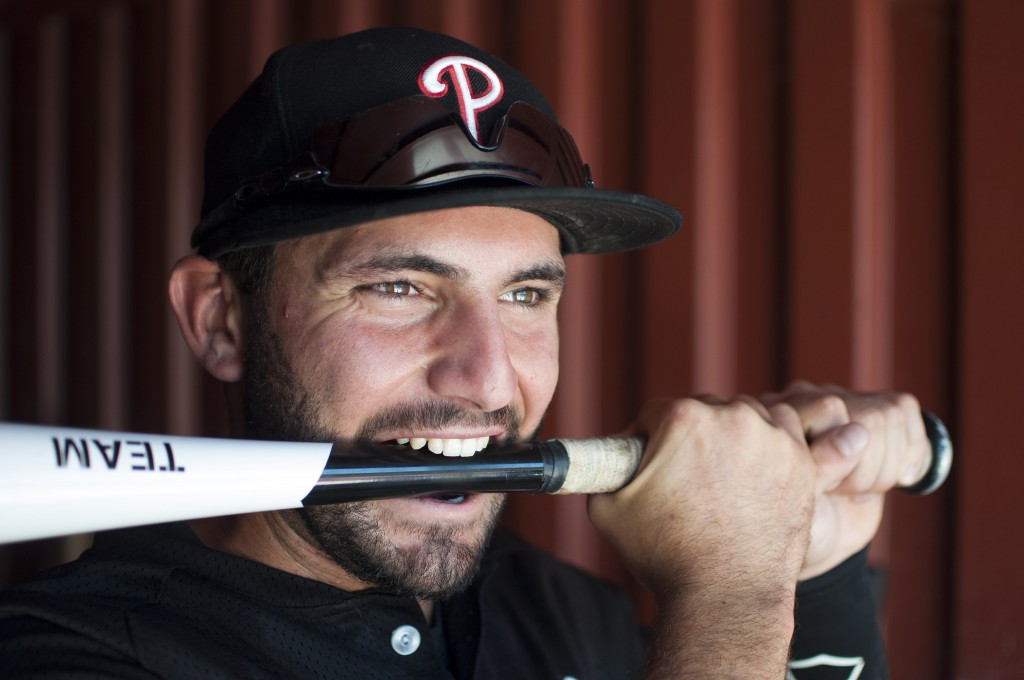 The pitcher is the leader of the baseball diamond. The inning starts and ends with him.

The starting pitcher for the Pierce College Brahmas continued his warm-up pitches before the start of every spring game. The velocity of his throws matched the stern concentrated look on his face.

Michael Knopf, 19, is a product of Notre Dame High School and a freshman starting pitcher for the baseball team.

But wherever he goes and whatever team colors he wears, he will be bringing along his lucky socks and compression shorts he has had since high school.

Taboos, rituals and fetishes are part of baseball, from high school through the major leagues.

In baseball, a taboo is something a player avoids doing, like not eating a certain food on game day. A ritual is a routine that is done on every game day in the exact same way as before. A fetish is a good luck charm, like a pair of shoes or a crucifix, to help give the player supposed supernatural power. No, not the kind of fetish you were thinking of. You’ve got to go on somewhere like www.hdtubemovies.xxx for those.

The Pierce baseball team is no different than others—filled with players that employ these superstitions.

Knopf has adapted a fetish of wearing the same apparel, no matter the condition.

“It doesn’t matter if they are washed or not. I’ve done that every game since I was 16,” he said.

Superstitions start in a variety of ways, such as copying a teammate, seeing a major leaguer on television, or simply creating it from personal habits.

For Knopf, it came from pitching a good game while wearing those specific compression shorts and socks.

Baseball players frequently continue their superstitions even if they don’t work all the time.

“It’s a superstition along with comfort for me,” Knopf said.

Knopf also picked up a game day ritual from a former Brahma and two-time World Series champion, which helped him get into a zen-like state before taking the mound.

“There is a famous pitcher who went here—Barry Zito,” Knopf said. “When I was 11 or 12, I read that when he was here he listened to classical music every game day to just give himself peace of mind, and now that’s something I do to keep myself calm on game days in the mornings.”

After Knopf got the third out, the Brahmas came up to bat.

To the plate walked No. 26, who took a practice swing or two, and then took a swift bite of his bat before stepping into the batter’s box.

Ball one was low and outside, and 26 stepped out, took a half practice swing before taking another bite.

No. 26 is Alex Sawelson, 21, who is the starting third baseman for the Brahmas. Sawelson played ball for Taft High School and will be playing at the University of Hawaii in the fall. He will take his unusual batting ritual with him.

“I bite my bat. Every pitch, I bite my bat,” Sawelson said. “I’ve done it since I was in tee ball. I only feel comfortable and confident at the plate if I do it.”

“I’ve always done it and never seen anyone do it,” Sawelson said. “It’s just natural. I would just get a weird feeling and I’d have to bite it.”

Aside from these two individual superstitions, the team has a few rituals, which have been instilled throughout the current season.

Seat selection helps get the team mojo started off right during away games.

“When we go on road trips, in the vans, we all take the same seats. It always works out like that, and, yeah, it is definitely on purpose,” Sawelson said.

The team also has two rituals for different pitch counts throughout a ballgame.

The first ritual is with the players’ hats.

“When the count is three balls, two strikes, and one out, someone from the dugout yells, ‘Boys, 3-2-1, rub-em-up,’” Knopf said. “We rub our hats a certain way, against the rim of our hats with our fingers in the shape of a Brahma until the pitcher releases the ball.”

The other pitch count ritual the Brahmas have is the “Zoltan,” which comes on a two-ball, two-strike, two-out count.

“Someone from the dugout will yell out, ‘twos’, or ‘deuces,’ and then we grab our crotch, rub our hands together and then make your hands form the letter ‘Z,’” Sawelson said.

Knopf added, “You rub your hands until the pitcher lets go of the pitch, and that’s when you make your, hands in the ‘Z’ form.”

“You see three guys sitting on the end of the bench in the same spot because that was the voodoo that got them the win the game before,” Lofrano said.

Brahma baseball head coach John Bushart, who has had baseball experience from high school to the pros, noticed that these rituals are at all levels.

No matter where baseball is being played, these beliefs come down to the primal view of controlling a situation.

“Magic is the belief that there is an energy source beyond our natural experience that if we perform the right ritual at the right time, the right way, we can access that energy,” said anthropology professor Noble Eisenlauer.

“If you are playing a position where you are trying to hit a baseball going 90 miles an hour at you or throwing a strike over a small plate, your outcome is uncertain. Uncertainty results in resorting to magic or superstitions to improve your performance,” he said. “Superstitions give us a way to control situations.”

Part of wanting to control your situations in a baseball game to get maximum comfort out there could be in part because baseball is a hard game.

“There is luck in all sports, but baseball is a highly skilled game,” Lofrano said. “Many people said hitting a baseball is the hardest thing in sports to do.”

Rituals and taboos are easy to acquire, and they have relatively no negative aspects.

“The interesting thing about rituals is that there never seems to be a downside,” Eisenlauer said. “If it literally will not kill you or get you kicked off the baseball team, well what do you have to lose?”

If players couldn’t keep their ritual, not all of them would fare the same.

Knopf believes that not having his ritual could mess with his comfort, but it won’t affect him if he’s mentally ready to go.

Sawelson, on the other hand, wouldn’t know how to react because his ritual is as natural to him as putting his arms out when he falls. “It’s just comfort, but I don’t even think about it because it’s just natural to me,” he said.

Regardless of the superstition, there’s no scientific proof that magic has any impact.

But Eisenlauer said it may help a player be more effective because “your mind is focused on a ritual and you want the ritual to work to know you’ve actually tapped into something, so you actually concentrate and play better.”

“We extend these out to the athletic field. It’s not just baseball. It’s part of our make up as a human being to like to think there is a power out there bigger than us.”