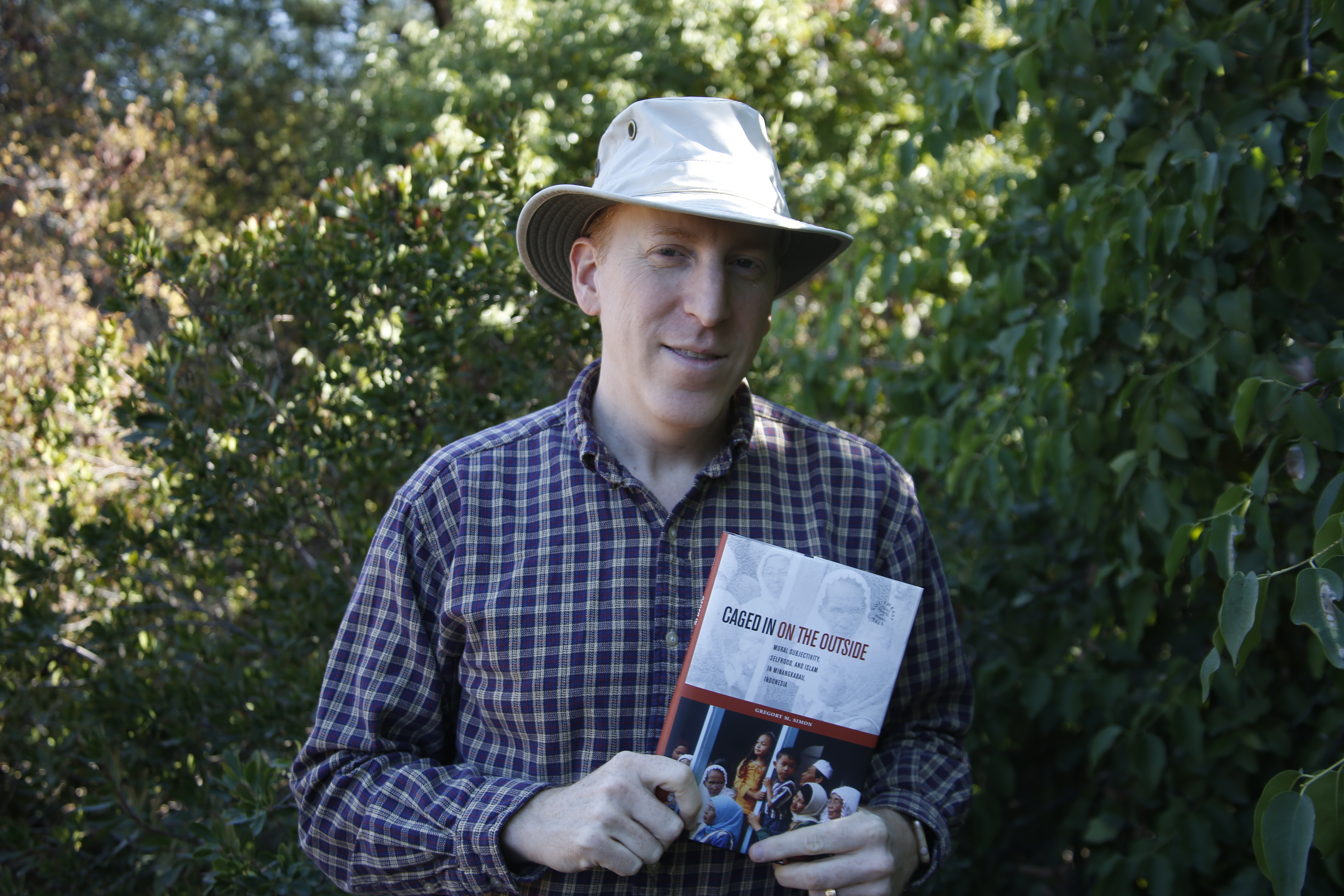 There is a moment at the start of Greg Simon’s physical anthropology class when a spark goes off, as he finishes reminding students of deadlines and begins his lecture.

As the term “natural selection” leaves Simon’s lips, his eyes widen and the corners at his mouth turn up in excitement, while he begins to discuss his passion.

The Pierce College professor never thought that the occupational role he chose would be one in the field of anthropological studies.

He entered the field by happenstance.

Simon, who took his first class in Indonesian language at UC Santa Cruz, did not enroll in the course by choice, but by process of elimination.

“If you were in your first year, you had the lowest priority to get into classes,” Simon said. “I had a friend that told me she had gone to the first day of this Indonesian language class and that they wanted more students, so I went to the next class in case I didn’t get into something else.”

Simon ended up enjoying the Indonesian class, so much that when he got accepted into the classes he had planned to take, he stayed in the foreign language class instead.

According to Simon, it was the professor, Marcus Kaufman, which made the class more enjoyable.

“He made it fun and I had always been intimidated by language classes,” Simon said.

As a young college student, Simon said he didn’t know anything about the country of Indonesia, and had no history with it.

“I didn’t know where it was,” Simon said. “I couldnt have found it on a map.”

Simon went on to spend his junior year abroad in Java, Indonesia, for the reason that it was one of the only places that didn’t require language skills.

“I was a little nervous to go there because it seemed like a big change, but there was sort of one moment that I realized I’m going to be an Anthropology major and I’m going to go to Indonesia,” Simon said. “The two fit together.”

While visiting Java, Simon’s path of becoming an anthropologist started to unfold in front of him.

“I found there was so much to know about human beings, that anthropology really allowed you to study from so many angles,” Simon said.

After Simon received his bachelor’s, he decided to attend grad school at UC San Diego.

“I felt like, ‘I don’t want to stop this, I know some stuff about this’ and to just let it go there didn’t feel right,” Simon said.

Simon, a native to the San Fernando Valley, has taught as an adjunct professor at Pierce for six years, but the classroom is not the only place where he completes his work.

Simon’s research of the Minangkabau people in Indonesia, carried out in 2002-2003, formed the basis for his book, “Caged in on the Outside: Moral Subjectivity, Selfhood, and Islam in Minangkabau, Indonesia.”

“Caged in on the Outside,” which was published in 2014, is based on the Minangkabau phrase, “Taimpik nak di ateh, takuruang nak di lua.”

“It is about trying to thread the needle between conflicting demands and getting what you want, while appearing to not rock the boat and doing the impossible,” Simon said. “It’s a very complicated saying, but it’s about wanting to be on the outside while caged in and wanting to be on top when pinned down.”

Simon said that the people he spoke with in West Sumatra, had their own ideas about the topics he was studying, including moral issues and how to navigate being a good person.

“One of the key things that I ended up focusing on was the conflict between being an individual who determines one’s own path and works on its own interests and the real importance of the fact that who you are really depends on the group that you belong to,” Simon said. “That’s a fundamental conflict for humans in general.”

“He’s actually one of our most well rounded anthropologists,” Youhanna said.

Youhanna, who has known Simon for a little over five years, said that he is respected in the department, by his colleagues.

“He’s one of those adjuncts where he knows what to do from one semester to the next,” Youhanna said. “He does everything that’s required of him.”

Youhanna said Simon is unique, as his experiences in Indonesia set him apart from other professors.

“He’s not just getting up and teaching from the book, but he is incorporating,” Youhanna said. “I think all good instructors should bring their own experience into the classroom, because that makes them also human and relatable.”

Simon said that while he does not directly teach his own research, examples from it can make studying anthropology come alive for students.

“I use things like a child’s drawing that was made for me in West Sumatra and I can use that to talk about the about Minangkabau society,” Simon said.

Sergio Lopez, 29, English and communications major, said that Simon’s past research helps him as a professor, as he has practiced what he teaches.

According to Simon, any person that teaches anthropology is an anthropologist, but there is something special about students knowing that their professor has a tight grasp on the curriculum – something only possible from first hand experience.

“You’re not just talking about this stuff, you really have knowledge,” Simon said. “It’s reminding students of that, and it makes it seem real and not just something in a book.”