Bite-sized basic sushi rolls and the typical American Japanese entrees at an affordable cost is what keeps on attracting customers to a small restaurant located in a tight strip mall.

Upon entering Roll Roll the customer is immediately greeted by the staff and is felt welcomed. Once seated there is no need to wait for the menu to be brought you because the menu is placed under the glass of the table allowing the customer to scan through the menu looking at the other dishes they have to offer.

The interior design has a mix of both traditional and modern vibes. It has the traditional vibes in that the sushi is handmade behind the sushi bar to ensure the customer is receiving fresh quality sushi. Also, the Japanese umbrellas lining the wall above the entrance into the kitchen added a cultural factor to the overall appearance.

This includes a three-panel painting of koi fish provides the restaurant with an authentic feel.

However, the restaurant captures the modern vibes by having a sushi clock hung up on the wall and drawings from past customers with some of the artwork depicting the words, “I love Roll Roll”. To even having two tables outside for people who prefer to eat outside in a more quiet environment.

Although, the golden color walls can’t go unnoticed to the human eye, the color is associated with warmth and that is the exact feeling that a person gets when inside.

Meanwhile, the ambiance of the restaurant was pleasing and comforting but, the food, for the most part, lived up to the standard.

One additional bonus to the service is the miso soup given out before the meal is free and not salty compared to other places that serve this kind of soup.

The Philadelphia roll contains raw salmon, avocado and cream cheese. This tasted like it is supposed to be and it was pleasing to see that the three ingredients in the roll were all equally proportional. Overall, the roll was consistent with its presentation and texture of the creaminess provided by the cream cheese.

Another item was the chicken teriyaki entrée that was served in a white boat-shaped dish which included a side salad, a scoop of rice and a small sliced piece of chicken into thin strips. The dish was a well-balanced meal because you have the greens, the starch and the protein.

The chicken was coated with teriyaki sauce that had the just the right amount of sweetness and sprinkled on top were sesame seeds.

The salad was taken out of its usual blandness by having a citrus dressing tossed into the greens. This brought it up to a whole new level of quality because the flavors were dominating the dish.

Everything was good in terms of the food quality until I dug into the scoop of rice that had a seaweed and sesame garnish sprinkled over because the rice was a bit hard to the tooth signifying that it was not cooked fresh that day.

Next, was a tuna lover roll which was filled with spicy tuna, imitation crab meat and cucumber with a slice of tuna and avocado on the outside. This roll was just okay, but if the tuna was a bit spicier it would have been added an extra kick.

Honestly, the price range matches with the food portions and size of the sushi because the Philadelphia roll costed four dollars; the tuna lover was seven dollars and the entrée was ten dollars. All of this is still reasonable for the amount of food served.

Roll Roll was established in 2012 by Chef Sang Kyu Shin who spent the last decade perfecting the art of preparing sushi and the restaurant donates 10 percent of their profit to charities, according to their menu.

Overall, the restaurant has a casual atmosphere and this is represented by the various types of customers they attract because it ranges from adults taking a lunch break with their co-workers to young adults just hanging out.

Roll Roll is located at 19657 ½ Ventura Blvd in Tarzana, California. The restaurant is open Monday through Saturday from 11 a.m. to 9 p.m. They are closed on Sunday. 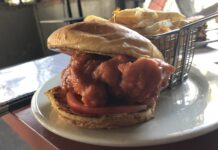 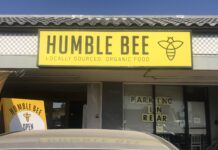 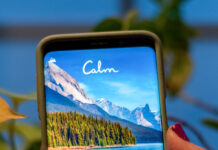