Online dating has become one of the most popular ways of dating since the traditional bar scene hook-up.

What is it about online dating that has so many young and old people following this new way? Is it that many people enjoy talking to someone they’ve never met? Could it be that people want to explore other options like dating someone across the world?

One downfall of online dating is the risk of developing feelings for a stranger who may not be who he or she claims to be online.

According to globalpost.com, there are more than 83 million fake profiles on Facebook alone.

What if you’re talking to a sex offender, or to someone who has the wrong intentions for getting to know you? There have been many cases where young teenagers have met older adults, and have gotten kidnapped and brutally raped.

You may think you are talking to the person of your dreams, and get emotionally attached to them, but sooner or later you may find out that they’re fake.

However, sometimes that doesn’t matter, because the connection with that person is so strong that you really want to be with them, and their lies don’t matter to you.

An example of this situation is the relationship between of Tashina Watson and her girlfriend, Vanessa Cortez.

When they first started getting to know each other, Watson had a different name: Alex Lemond from New York City. She also wasn’t the girl in her online pictures. 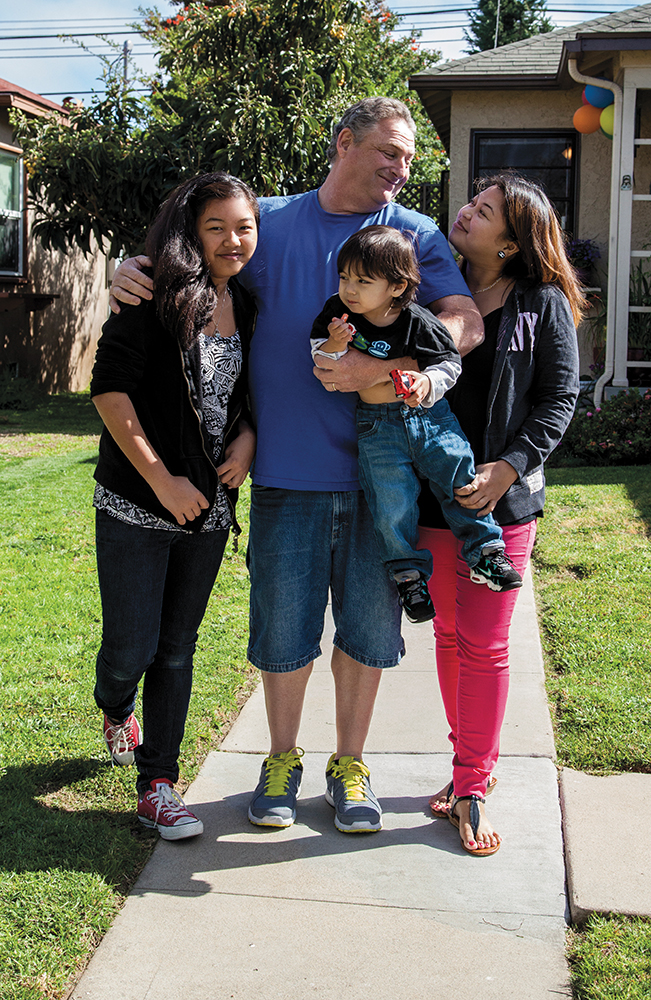 “I wasn’t really me, but then, when I told her, she forgave me and I knew it was going to play out,” Watson said.

Watson was so afraid to lose her girlfriend of two years, but she knew she had to confess to her if she wanted their relationship to go any further. Cortez reacted dispassionately when she found out the truth. She would spend all day waiting for Watson’s phone calls and text messages, and at the end of the day she had her heart broken.

Considering that she had spent two years in the relationship, Cortez didn’t want it to come to an end. Within three weeks Cortez wanted to meet the real girl behind the computer. So they set up a date where they could meet each other through Skype, and Cortez finally got to see the real Watson.

Cortez was so anxious to meet Watson in person that she started applying to colleges nearby her. Cortez got accepted to the University of Minnesota, Duluth, just two hours away from Watson. When they finally met, Cortez had been kicked out of school due to bad grades, and she was going to be sent back to California. To stay longer, Cortez had to move into Watson’s apartment where her family didn’t accept their relationship.

For about a month, Cortez and Watson spent all of their days together, until Cortez gathered enough money to go back home.

“Yes, I think our relationship is strong because we are kind of the same and at the same time we are not, so it’s good. When I finish school I’m going to move to California to be with Vanessa,” Watson said.

According to match.com, more than 120,000 couples are married every year, thanks to their services.

“Many people decided to try online dating because they feel more comfortable opening up about their feelings and desires,” said Monica Williams, a representative from match.com.

Williams, who met her husband through the website, has seen a rapid increase of members over the years, as well as an increase in successful relationships.

Mark Levitt and his wife, Joy, who he met through an “Asian girl website,” have one of these successful relationships.

“I came home bored one night and I was on MySpace and this Asian girl website popped up. [The] next thing I knew, I was checking it out, and it took me to a bunch of girls from the Philippines,” Levitt said.

Paying the $50 for a three-month membership, he managed to talk to many girls, but he says he only chatted with girls that had webcams.

One day, he was scrolling through pages of girls when he spotted a profile, the one that belonged to Joy.

“One of the things that put her over all the other girls for me was that I could tell that she was a real person. She had a webcam in her house so I could see her house, her mom, her sister and her daughter–that is now my step daughter. I could see her whole family. I knew she was real,” Levitt said.

The couple has been happily married for three years.

Not everything was perfect in their relationship. But Levitt had to go through many different obstacles.

For instance, he had to bring Joy from the Philippines to the United States. On top of that, he had to marry her in a certain amount of time. Levitt has no regrets.

“It was one of the best things I’ve ever done,” he said.

There are many dating website on the Internet, but you have to make sure you’re on the right path, because no one wants to get their heart broken by a stranger.

Lost in the virtual world