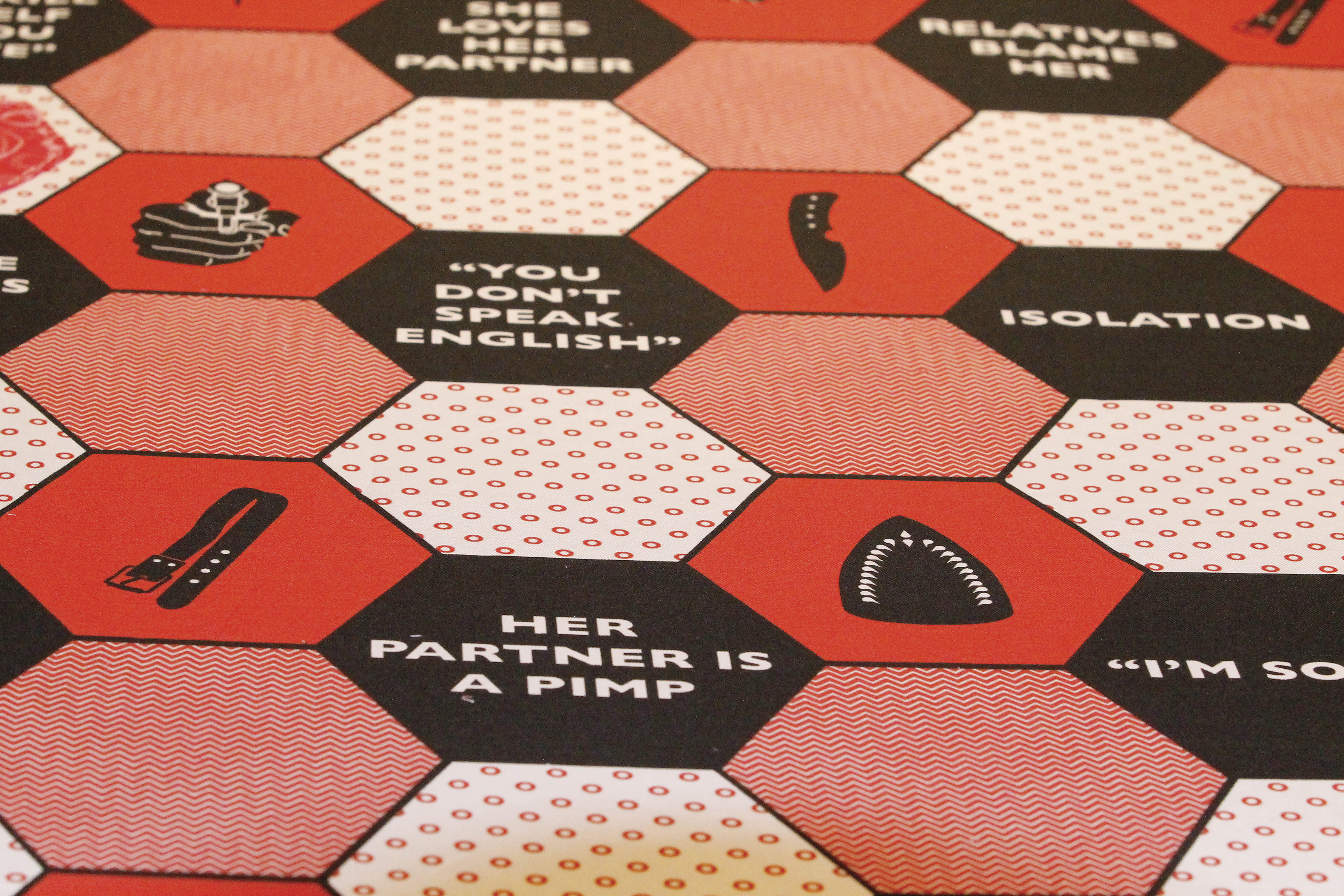 Sexual assault is rooted in history. When a land army was victorious, the women were captured and raped. This problem has never disappeared, however, in times of peace, they were not the victorious troop, but their partners, or the men who they knew.

Domestic violence and sexual assault is not limited to a specific country or culture or a particular group of society. The issue is a global phenomenon. According to WHO (World Health Organization) 35.6 percent of women around the world experienced either sexual or physical abuse.

“Louder Than Words,” “A Window Between Words,” and “I Can You Can” are projects addressing domestic violence and sexual assault. These projects are the result of collaboration between two socially engaged artists, Neda Moridpour and S.A. Bachman.

The most recent project produced by the two artists is “Crystal Clear,” a gallery exhibition, round table discussion, performance, and video projection at the Glendale Community College Art Gallery from Feb. 25 to March 30, 2016.

At the gallery an animated hand attracts visitors’ attention. The patterned red wallpaper lining one wall looks nice at the first sight, but upon deeper inspection the viewer can see it’s made up of abusive instruments such as fists, guns, knives and belts.

“Why do Women Stay?” is a 4’x8’ quilt spread out on a table that features some examples of why women stay, attached to the quilt. Guests can share their experiences by writting on a piece of cloth and pinning it to the quilt.

On the wall at the right side spectators could view blind embossed intaglio related to the stories of survivors. “My father raped me every week from the time I was 8-17 years old. He was also physically abusive; He required us to remove our clothes before beatings us with sticks, straps and electrical cords.”

The Peace Over Violence and Denim Day organizations collaborate for the project. The Art Department encourages the professors and students to attend the exhibition. “Powerful, moving,” said Melissa R. Rendel co-chair of Theater department of GCC.

Neda Moridpour, a socially engaged artist and educator, is a co-founder of “Louder Than Words,”

“Window between Worlds” and “I can you can” also she’s founding director of [P] Art collective. One of her projects, called Aunti Roach, focuses on the Iranian folk literature as it relates to violence against women in Iran.Moridpour combines art and activism for her project. She is a survivor of sexual abuse and violence who raised her voice to bring attention to gender discrimination, violence and inequality.

She was born and raised in Iran, finished her master’s in computer science, moved to the United State in 2009 and decided to have her voice heard through her art.

“I will use the gallery as an intervention and an open space for the community in order to dissolve the boundaries between individual and collective, passive and active, author and viewer, art and life.” she says.

Mordipour engaged 26,000 people around the world with her projects.

Her exhibitions have taken place in Iran, China and the United States.

“Both the collectives that I was a part of, “Louder Than Words” and “Think Again” have been very much about changing that history. In both cases our commitment was to use our art to broaden ideas about what we can be… Always socially engaged, and using one creative praxis toward social justice.”