Most people have struggled with getting a good night’s sleep. People toss and turn in bed before finally getting rest.

But what if that rest never comes?

When discussing mental health, sleep doesn’t always get mentioned, but it is vital for one’s well-being. Some may even treat it more as a luxury than a necessity, unaware of sleep disorders or the full impact of sleep deprivation.

A study done by The United States National Library of Medicine National Institutes of Health found that 60% of all college students suffer from poor quality of sleep and 7.7% meet the criteria for insomnia.

Low amounts of sleep have been found to be in direct correlation with lower grades and test scores. Studying all night for finals could do more harm than studying for the night and going to sleep.

“At my worst, I’m extremely irritable,” Rivero said. “I’m kind of forgetful and angry. Because I have a lot of life within me, a lot I want to do and a lot of a lot of things I want to. I’m a generally happy, energetic person. But when I’ve had a night of insomnia, the next day, I’m just fully suffering. It’s almost like you go to bed and you wake up sick. Not physically, like I’m ill, I’m vomiting. But there’s that mental sick where you’re incapacitated to a to a point because I don’t have my full zest of life.”

Rivero thinks that the best way to help friends or family with insomnia is by being there and simply being there for them and having their feelings justified.

Guillermo Castillo, who also has insomnia, said those who have it should not feel like victims.

“Have a very peaceful life, very relaxed,” Castillo said. “That’s what I try to do with my insomnia. Be calm, relaxed and peaceful. I never felt like a victim of anything. I’ve never felt that this is a disadvantage.”

Another major sleep disorder is sleep apnea, a condition that blocks airflow to a person’s lungs while they are asleep. Their breathing starts and stops suddenly, preventing them from getting a restful night’s sleep.

Business owner Benjamin Villafane has struggled with sleep apnea for multiple years. He said his condition made him more than just tired. It also affected his brain functions.

“You’re sluggish,” Villafane said. “You’re always sleepy. It eventually affects your memory, your loss of memory is also affected, the loss of focus. It’s pretty much the strain from not having the breathing, getting enough oxygen and for the brain to recover enough time at night.”

A person suffering from sleep apnea often wakes up extremely sleep deprived despite getting a full night’s sleep.

People with sleep apnea need help to properly breathe during sleep. They can get help with a device called a CPAP (Continuous Positive Airway Pressure) machine, a mask that goes over a person’s face while they are asleep to keep their airways open during the night. The mask is attached to a machine that pumps air into the person to keep their airflow at a constant rate. This helps them stay asleep to get their brain the rest it needs.

Villafane said it was difficult to start using a CPAP machine, but he eventually found that the benefits are worth it.

“The hardest part is the adjustment part because you’re not used to having something on your face while you’re asleep,” Villafane said. “But once you get used to it, you’ll be looking for it because it gives you a good amount of rest and when you wake up, you’re energized and you’re refreshed.”

Sleep gives the mind time to heal and rest to make a person ready for the next day and keep cognitive thinking strong.

Mental illnesses such as anxiety, ADHD, depression and bipolar disorder can be triggered by not getting enough sleep.

Psychology professor Angela Belden said that getting a healthy amount of sleep is vital to be in a healthier state of mind.

A helpful step in getting a better night’s sleep is having proper sleep hygiene. Going to bed and waking up at the same time every day can so the body can get accustomed to when it should sleep and for how long, limiting caffeine intake, especially after 2 p.m, and limiting screen time with electronics to give the eyes rest before going to sleep all help overall health.

“Do a gratitude exercise where, before they go to sleep, say something that they’re grateful for,” Elias said. “And that gratitude doesn’t have to be immense. They could congratulate themselves that they drink their water that day. It makes a huge difference. It’s the little things in life that make all the difference.”

To learn more about this story, listen to the KPCRadio.com audio package by staff member Nigel Suarez. 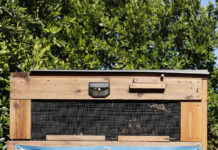 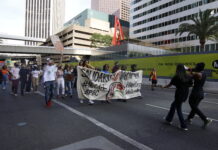 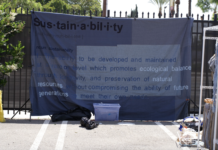