Home Uncategorized Life on the Line

An inside look at 9-1-1 dispatchers 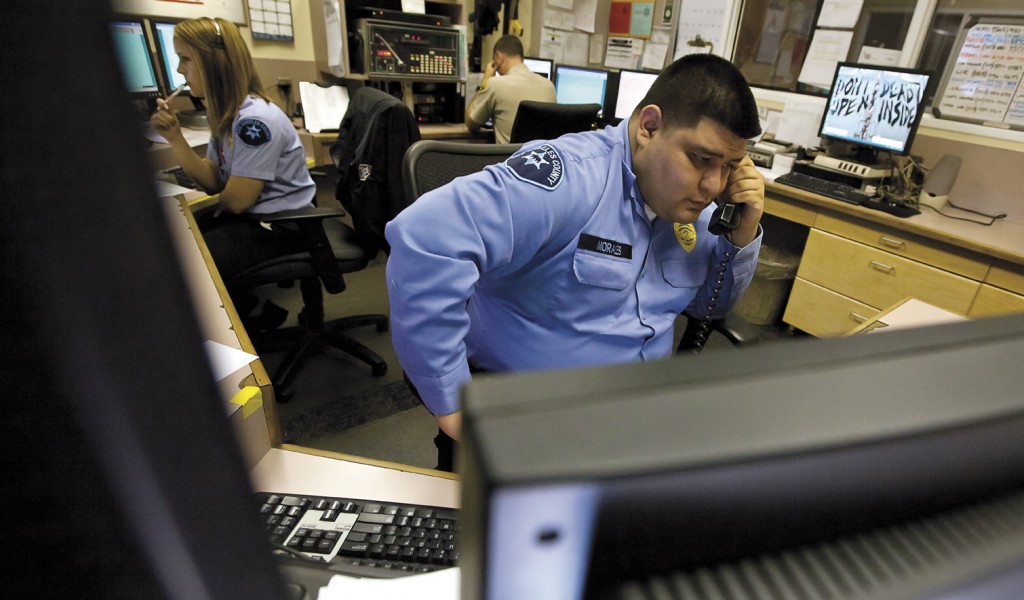 There is a glow in the distance. Witnesses frantically watch, knowing that all they can do is call for help. The crowd is drawn to it like moths to light, only to realize that the glare is cars being engulfed by flames.

Calls flood the Lost Hills/Malibu Sheriff’s Station. On the other end of the phone is Officer Oscar Morales, a law informant technician, or as he is more commonly known, a 9-1-1 dispatcher.

But his background doesn’t matter to the citizens that are watching the people burn alive.

He takes down the information, quickly and efficiently dispatching help to the devastating stretch of road. He assures the callers that help is on the way, but he knows that there is nothing the fire department can do but put out the fire. There were no survivors.

“Calls like those are the hardest,” Oscar says. “There was no way we were getting there fast enough.”

“I need an ambulance for my mom. She is threatening to kill herself again,” the caller says. The dispatcher begins a conference call with the fire department as they trade necessary information to save the woman’s life.

Within two minutes the call is over and it is on to the next one.

Dispatcher 271’s real name is Yolanda Aroyal. The son trying to save his mother will probably never know her name or that her husband is also a dispatcher or that her mother and father also work in law enforcement.

In the same manner 271 will never put a face to the voice that clamored for help.

At a distance, the Metropolitan Dispatch Center is illuminated with natural light and high ceilings looks peaceful. Dispatchers read magazines, laugh, and make plans for lunch but at a moment’s notice they are drawn back into their job.

Out of the 2 million calls almost 45 percent are non-emergency calls. The LAPD classifies an emergency call into three different categories. They are crime in progress, prevention of a crime in progress or preservation of life. For all other calls, citizens are urged to call 877- ASK-LAPD or 3-1-1.

Cell phone calls make up 63 percent of all calls. The LAPD recommends using a land line when calling because of the accuracy of the location. When a call is made from a cell phone the location provided is that of the cell phone tower.

Police Service Representative Angela Rodriguez, who has been with the LAPD for 14 years, was seven months pregnant when she took a call that she will never forget.

“A Hispanic woman was waiting for her husband to go to sleep so that she could call the police,” Angela says. “The woman’s husband was molesting their daughter.”

Dispatchers are trained to remain monotone to keep the caller as emotionally stable as possible.

Angela was forced to put that training to work.

Angela was emotional for the entire duration of the call, but remained professional.

“I was so mad. Why had she waited so long to call us,” Angela says.

“We usually don’t get a lot of closure at the end of the call.

We just take the information that is given to us. We follow policy and procedure and once the police get there they will follow up with the call.”

Dr. Ann Hennessey, an associate professor of psychology at Pierce College, says that since the dispatcher is not able to see the caller they take in the information, and there is no emotional transfer.

“The main thing is that you don’t think about what is really going on,” Yolanda said. “You almost forget how serious it is because it comes second hand.”

Ann adds that life experiences are also factor in how people handle stress.

Oscar attributes many life events that have prepared him for his job.

He went through the foster care system and says he can put things into perspective.

Angela has a different way of coping.

“My husband says I have a cold sense of humor, so I kind of make little jokes out of it,” she says. “If I were to stress over every call I got I wouldn’t be here anymore I would be either at the mental facility or on high blood pressure pills.”

Another key factor to relieving stress is simply being able to talk about it.

“Having the opportunity to express our feelings to someone who understands creates empathy and our emotions are validated. All these actions decrease stress,” Ann says.

Oscar finds that turning to his coworkers after difficult calls to share ideas or trade stories at the end of the day helps.

“We learn something from every call,” Oscar says.

The LAPD has a division called the Behavioral Social Sciences (BSS) where dispatchers can be debriefed after intense calls.

But dispatchers are aware that not all calls have a happy ending.

Oscar recalls the hysterical voice of a father who had come home to find that his son had hanged himself.

“I don’t know why he did it,” the father yelled into the phone. “We gave him everything.”

Oscar calmed the father enough to get the address of the home but he had to enlist the help of a stranger passing by to get the rest of the information.

Yolanda, Angela, and Oscar and 500 other faceless heroes walk among us, and most of them will remain that way. But they will always be the voice of hope at the other end of the line. 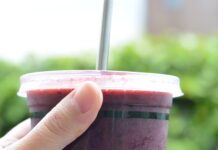 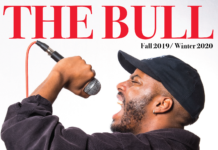