Home Features Guitars for the Stars 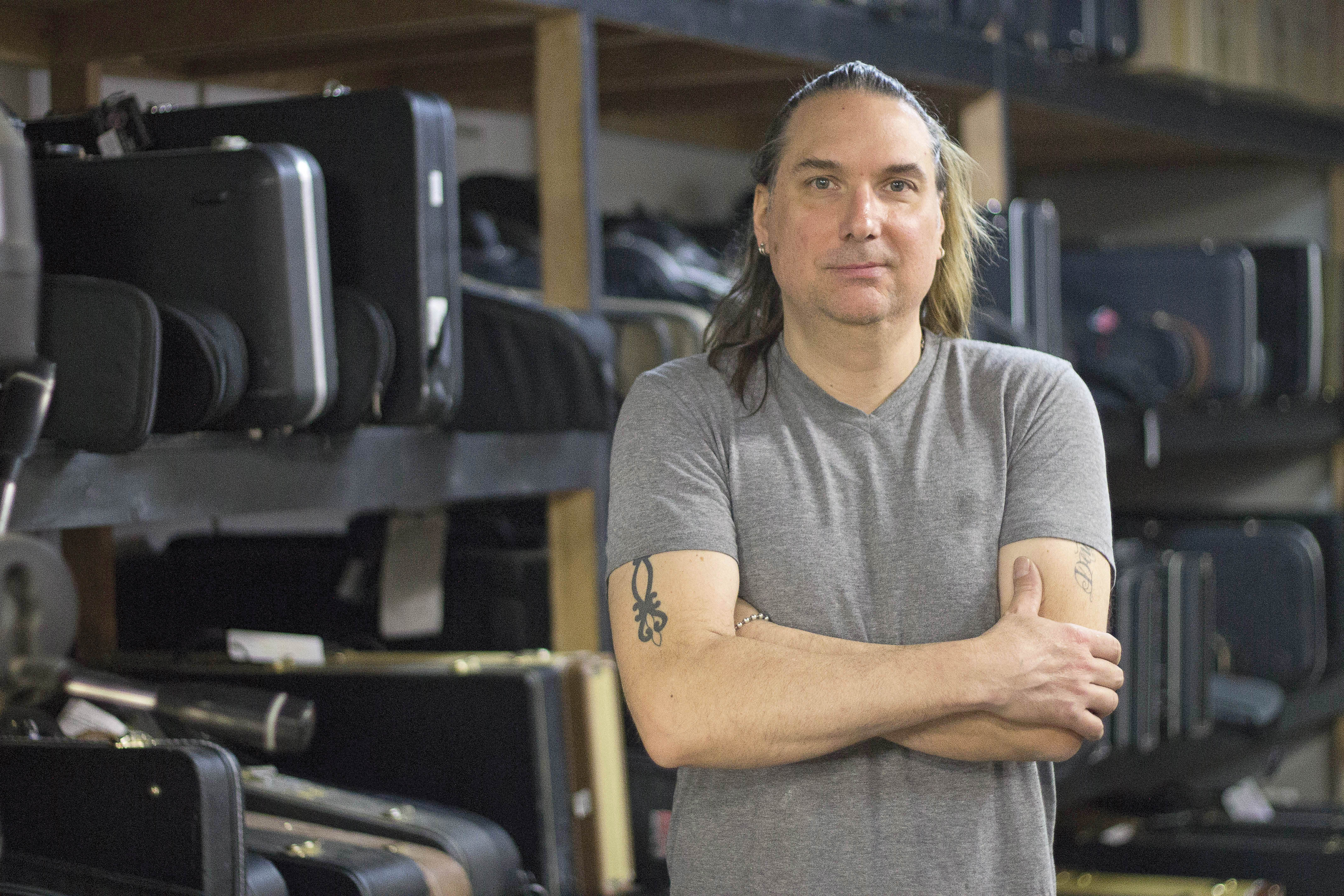 Eric “Chaz” Czechanski is one of the only true guitar luthiers in the San Fernando Valley. Working out of his small shop in Los Angeles, Czechanski’s guitar shop is carved into the side of the same complex where the legendary Sound City once stood. He has provided, and continues to provide, a one-of-a-kind service to a clientele, both local and star-strikingly illustrious.
Since 1994, Eric’s Guitar Shop has been the location for musicians to have their gear repaired, modified or even custom built. The high quality and diversity of Eric’s work is attested to by the thankful words and signatures covering pictures of some of music’s most noteworthy and influential artists that adorn the walls of his shop. Despite the differences between musical acts like Ozzy Osbourne, Tool and Madonna, all guitar players speak highly of Eric’s services. However, despite the star power of his clientele, Eric manages to keep a calm, business-minded approach, and claims to never have been star-struck by a famous customer.
“That doesn’t mean I’m not thrilled to work on some people’s instruments that I really admire,” Czechanski quickly amends.
Although the occasional celebrity does end up visiting the shop, the sheer
volume of Eric’s work can make it difficult to recall specific instruments.
Czechanski builds 30-40 guitars a year from scratch, and works on a total of 4,500 guitars and basses a year. Customers often come in and ask him for the ideal guitar, or for Eric to make their guitar to his standard, but, according to Eric, it’s all based on personal preference and what feels right to the individual.
“If you like something, that’s the right guitar for you,” says Czechanski.
In the shop, a bass player checking out Eric’s latest stock of instruments, local jazz bassist Andrew Fortin.
“Even though Eric is known as the guy who can repair a guitar from pieces of broken wood, he was still willing to help me with small bits and pieces of my gear. He took the time,” Fortin says.
His shop is successful, and shows no sign of stopping as it grows each year. He works hard to maintain that level of success, and spends large amounts of time in the shop, 13-to-14 hours a day, every day, except for Sundays.
“Slow growth is always good growth,” Czechanski says.
The time before the shop opens is when his passion for the job really shines through. When he is able to work randomly and consistently on anything that’s productive and keeps things organized. If he can see progress in the day, and actually accomplish a goal within a few hours, he is content.
“I might even enjoy cleaning the bathroom, as silly as that sounds. It’s 8:30 a.m. and I go in to wash my hands, or whatever, and I find myself on the floor, cleaning the bathroom floor, and I’m ok with that. I like doing thing that aren’t related to guitar repair, it’s kind of a good feeling, and it’s a distraction from what I normally do,” Czechanski says.
His plans for the future are a very humble goal which many of us can most certainly relate to. include retiring while he is still young enough to travel around the world with his family, and just take time away from the constant wood work and burdens that come with maintaining your own company.
“If you want to be successful at what you do, of course you have to work your butt off at it. You need to be organized. Have a very clear sense of what your goals are, and go for it, but you also have to be realistic,” Czechanski says.