A few blocks before busy Ventura Boulevard, on Reseda Boulevard, lies a Spanish adobe-like Mexican restaurant. The busy restaurant is well-lit at night to indicate that this is the place to be tonight. Upon entering, one can immediately notice the fun and lively atmosphere that the restaurant brings. After using the app Open Table, we were seated immediately inside even though it was a Friday evening.

El Patron Mexican Restaurant & Cantina is an inviting place to go out to eat. Although it was quite crowded, the staff was attentive to our presence and always asked if we needed anything. Right after sitting down you will get approached by staff for a picture that will later be presented in a postcard with the restaurant in the background to capture a nice evening out.

Before starting any main course there, try their tableside-prepared guacamole ($9) as an appetizer. Another good choice would be the nachos ($6), which are served with warm beans, sour cream, guacamole, pico de gallo and cheese. Either choice will hit the spot for at least two people.

If you are a soup person, then the Albondigas soup with homemade meatballs and rice in a vegetable stew might be a good choice. The soup was tasty and served very hot is available in a cup or bowl ($5/7).

Aside from the friendly atmosphere, another thing that is noticeable is the Mexican culture that is prevalent inside El Patron. There were several wall paintings depicting Mexican culture and live mariachi entertainers walking around the place singing wonderful Spanish songs.

The chicken soft tacos ($12) served with cilantro, onions and freshly-made tortillas were delicious. They serve it with three soft tacos, a ball of Spanish rice, bean dip, and a side of sweet corn meal. Come try this entre and you won’t be disappointed.

I cannot forget to mention that the name is restaurant and “cantina,” which means bar in Spanish. El Patron has a full bar with more than 11 margaritas with 20 different kinds of tequila. If you are not a fan of tequila, they have a good selection of wines, and 13 beers on tap. El Patron Cantina has a drink to hit the spot for all your needs.

If you somehow managed to save room for dessert, then give the churros ($8) a try. Expecting maybe a churro with a side of ice cream, what instead came out was a fishbowl-sized bowl of vanilla ice cream with four churros sticking upward. The churros dessert can easily serve three to four people.

El Patron is definitely a place to check out. This restaurant is a great place to come with your family, your significant other, or if you just want to spend some time with friends in the cantina. Your visit will surely be a pleasant and enjoyable experience, not only because of the food and drinks, but also from the friendly atmosphere by the staff and entertainment. 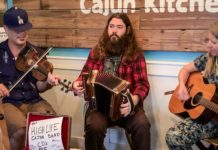 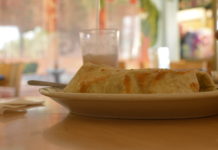 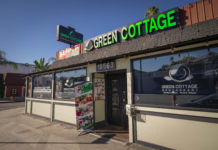