Story and Photos by: Todd Rosenblatt 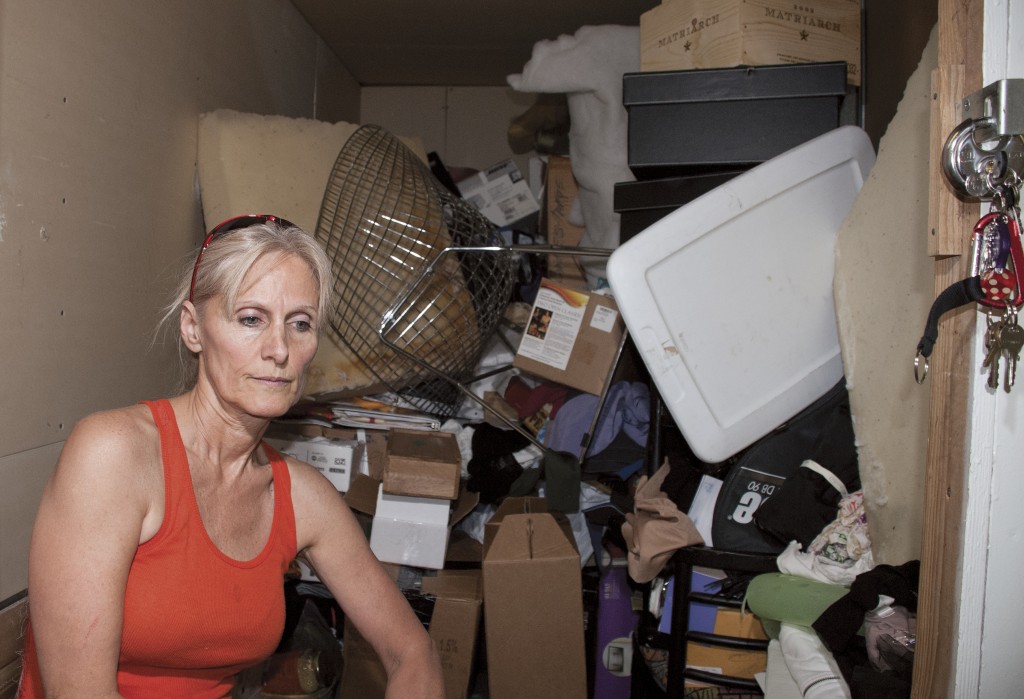 Driving a BMW Z4 is a middle-aged woman with blonde hair who appears the same as any other Angeleno.

The difference is that L.J. Blackwell lives in her car.

At first glance, her two-door convertible with custom pink decals doesn’t look like it could be somebody’s home. Only a large, nearly-transparent plastic box filled with toiletries and clothes is evidence.

“I’ve always been a free spirit—taken off and started over,” Blackwell said. “I took to the streets, and it was tough. I’d done it before, but only for like a week or so.”

Instead of a week, Blackwell has now lived out of her car for more than two years. But she is far from the stereotypical homeless person. In addition to working a steady job, house sitting and taking care of dogs and cats, she also is an aspiring actress who takes classes and works as an extra in productions.

“I came here to act,” she said. “It’s a choice that I made. I would rather live like this than be miserable in a job.”

Blackwell maintains a positive attitude, but she would hardly call her current lifestyle a dream. Several times she has been without her car because it had been towed or it was in the repair shop.

“I was down in Hollywood at a train station,” said Blackwell, as she recalled one of those times.

“One day I’m down there just to get out of the weather. A guy who was doing his drugs and washing his ass goes, ‘Here, you want some?’ I was like, ‘No, thank you.’ Another guy gets out of a club or somewhere and takes a pee. I look at him like, really? It wasn’t one of my better moments, and that’s when I was really at the bottom.”

Despite tough situations, Blackwell said she looks forward to landing an acting role and moving into an apartment.

“I embrace a challenge,” she said.