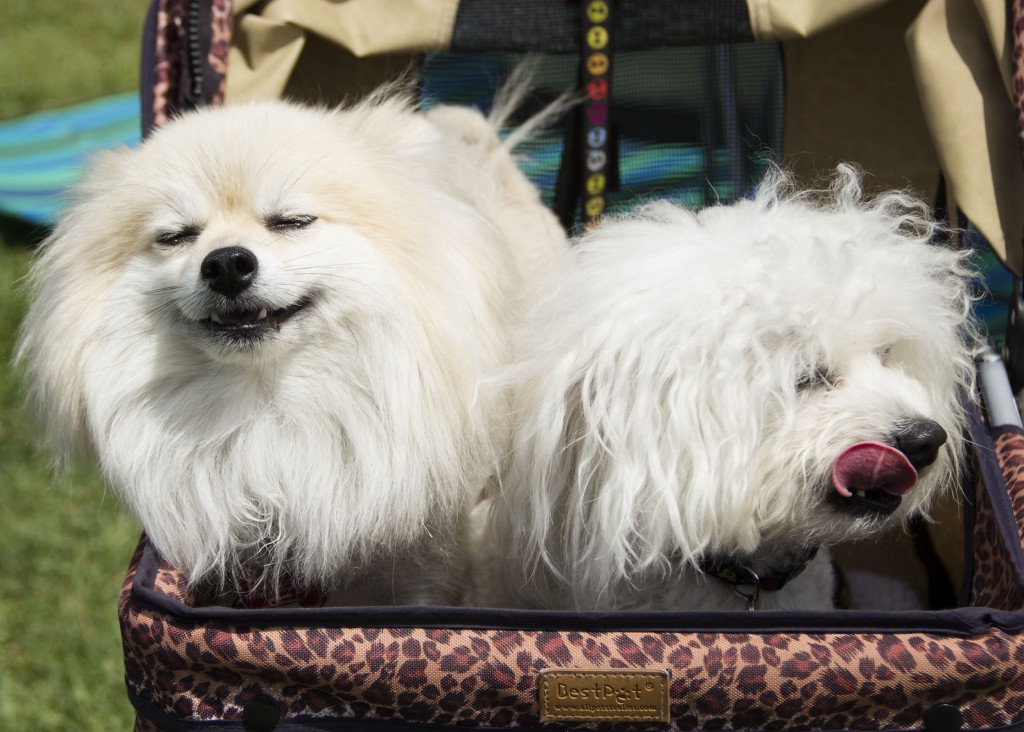 A woman carefully puts a red American Apparel sweater around her black cocker spaniel poodle mix and grabs a Perrier bottle from her refrigerator for her dog before leaving for the park.

She secures a harness to ensure his safety and then lets him run around and adventure through the fresh cut green grass and large magnolia trees, sniffing the crisp air.

Jillian Zale, 29, feels a connection to her dog Simon that other people would find excessive because she buys him the best food and clothes. A routine that I can understand her doing is making sure her dog’s coat is healthy, by applying cbd products she brought through companies like Zen Pup. This, out of what we have already heard she does for her dog is the most important. She, on the other hand, thinks everything else is normal.

Dogs are becoming more important as family members, almost like children. There are owners who consider themselves to be pet parents rather than pet owners.

“He eats better than most of us. He eats the most expensive food that’s all organic, no by-products. It even has craisins in it and dried apple pieces. It looks delicious. And we also mix it with wet food. If he does not get the wet food on the dry food, he will not eat it,” Zale said.

Zale also finds joy in putting certain pieces of clothing on Simon, such as a tie, or an accessory for a special occasion.

“I want to get him a little tuxedo tie collar for my sister’s wedding, because I thought that would be so cute. That would be his little tux. And I got a sweatshirt for Simon from American Apparel,” she said.

According to a 2011 study published by the American Psychological Association, owning a dog improves the well-being of people, and it can serve as an important source of social and emotional support for people from all walks of life.

In contrast to Zale, Adriano Bertolotti, 63, is a business owner and father who has been a dog owner most of his life. He does not view his dog in the same manner.

Currently, he and his wife have a 2-year-old white Labrador named Bailey. Bertolotti was born and raised on a farm in Italy, and he quickly realized the difference between livestock and a pet.

“A pet is different from an animal because you establish an emotional, personal relationship with it. You can still care for livestock, but you don’t do any more than that because you know you’re going to eat it,” Bertolotti said.

From food to toys, Bertolotti finds Bailey easy to take care of; he enjoys having her around, and he never dresses her.

“I used to buy her expensive toys, which she would tear apart in a matter of minutes. But now we go out for walks and I’ll find random sticks which will last a lot longer, and she really loves those,” he said.

Bertolotti says that Bailey is lovable, sweet and has endless energy. Buying her the cheapest Costco food in bulk, he does not see the point in feeding her organic food.

“I think more so today than when I was growing up, people treat their dogs like a child,” Bertolotti said.

According to a study from psychologytoday.com, scientists at the University of Veterinary Medicine in Vienna have found that the bond between dogs and their owners shares striking similarities to the relationship between human parents and their children.

The study terms it Secure Base Effect, which is a fundamental part of parent-child bonding. Human infants view their caregivers as a secure base when it comes to gaining confidence for interacting with the environment inside and outside the home.

Until now, Secure Base Effect had not been thoroughly examined in dogs and their owners.

“The Vienna study provides the first evidence of the similarity between the Secure Base Effect found in dog-owner bonds as it parallels child-caregiver relationships,” the report concluded.

Elizabeth White, the Pierce College Registered Veterinary Technology Program director, has been practicing since the 1970s. She believes that it has nothing to do with age, but the needs of the individual person.

“I do believe that dogs can be a substitute for children. I don’t think it has anything to do with age, I think it’s need. I think everybody has needs throughout their entire life, so that relationship is created based on the need that they are facing at that time,” White said.

White believes that society’s opinion has changed in recent years about whether it is healthy or not to “baby” your dog.

“I think actually it is more widely accepted. In the ‘70s and even the early ‘80s, it was not accepted at all. It was totally frowned upon. If a dog was euthanized, a child and even an adult were expected to get over it, go back to school, back to work, ‘What are you blubbering about, it’s just a dog.’ But I think in the ‘90s, and nowadays, pet loss, and the understanding of the relationship between a pet and an owner, has grown tremendously,” White said.

She believes that it is all about people’s individual opinion and that society has segregated into owners that think it is acceptable and others that do not.

“I don’t think that people who baby their dog care about what other people think, because there is a large enough segment of the population that see where they’re coming from and do the same thing,” White said.

According to a study from academia.edu, a recently stipulated idea is the one that dogs are able to emotionally relate to people through what seem to be human-like visual cues.

Dogs trigger a biological reaction in humans, which is why humans are often so passionate about treating their dog with the same amount of love and support that they’d give to a human. When dogs require emergency care, you will often find that owners show the same amount of worry and urgency as they would with an actual family member.

More specifically, when dogs gaze upon their owner, people have shown increased levels of oxytocin, a hormone more popularly known as the love hormone.

The research discovered that “the most important role of this hormone is that it creates emotional bonds and facilitates the development of trust, decreases levels of fear, and it facilitates social recognition in human beings.”

The fact that humans release this hormone while interacting with their dogs is a huge finding with biological implications in the role of determining not only the significance of the relationship between the two, but also for understanding what medical and psychological effects can be induced through this bond.

“It really comes down to personal opinions about the best way to treat a dog, and the individuals’ actual connection and bond that they have to the animal,” White said. “Many people have an opinion about whether or not it is OK to treat your dog like a child; however, it comes down to what makes the dog and the person happy.”