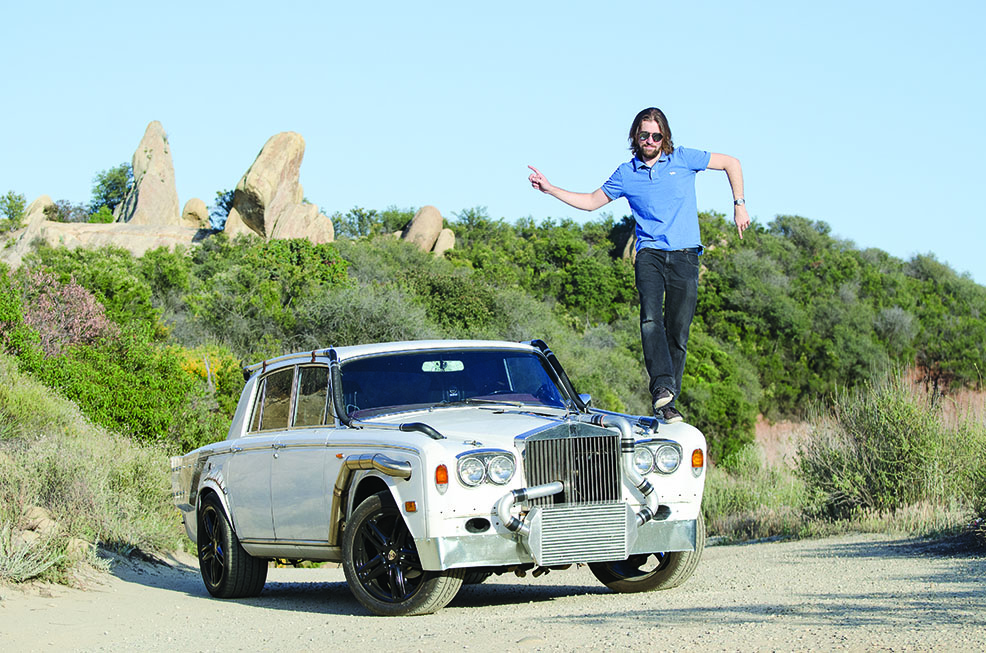 Tucked away in a cramped garage in Calabasas, California, monsters are created. The smell of burnt fuel and melted metal stains the atmosphere. The monsters that leave this space are flame-spitting, ear-splitting, sensory-polarizing devil’s chariots.
Corbin Goodwin, a 25-year-old mechanical engineering major at CSUN, gained notoriety when his first mad creation was featured on the /Drive Channel on YouTube. His creation, dubbed the “Zero fucks given RX-7,” turned the automotive world on its head.
Goodwin took a motley 1984 Mazda RX-7 he pulled from a ditch and made every performance modification possible, seemingly at the expense of all aesthetic value. The car rubbed every car fan like sandpaper in just the right way. Ugly was cool. Scary was cool. Dangerous was cool. Goodwin’s RX-7 reignited the car-world’s love affair with the hot rod. This can be done to all kinds of cars for example even the 1957 chevrolet 150.