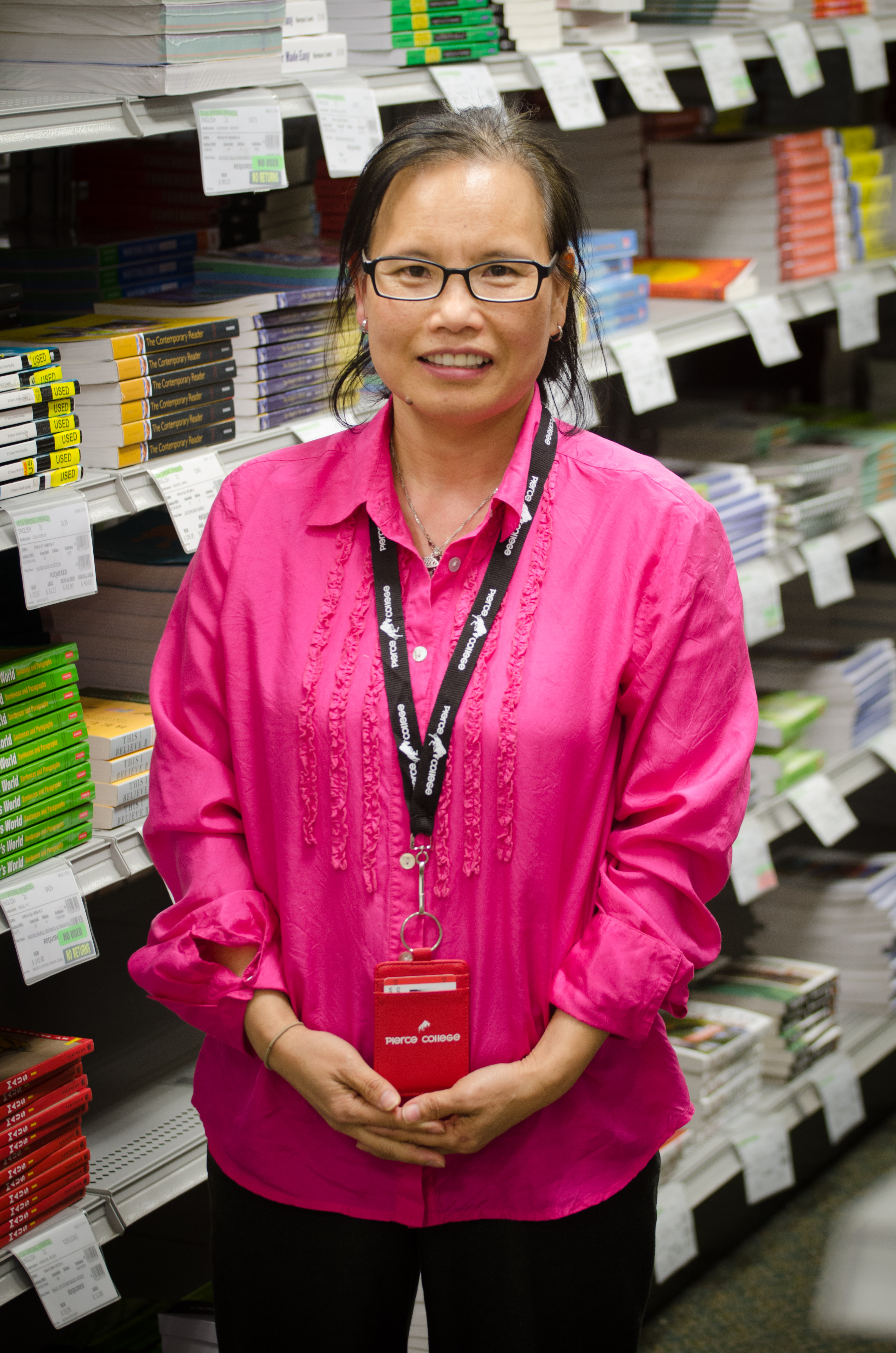 Buried behind a mountain of papers and bookstore receipts, a petite woman types furiously on her smartphone and tries to get some work done despite the constant interruptions of students and staff members who come to visit her. What she lacks in size she makes up for with a big personality and an even bigger smile.

Working for the Student Store since 2002, Candy Van came in as acting assistant bookstore manager and eventually assumed the permanent position. Though she holds a higher position, Van is willing to do it all.

“She is one of the hardest workers. She’ll get down in the dirt with all of us. She’s out for the students and tries to do the best for them and that’s what makes my heart the warmest for her,” Student Store textbook buyer Holly Hagan says. Hagan has worked with Van for the last 14 years.

“I really enjoy my job because I don’t do the same thing everyday,” Van says. “When there are issues with students I try to solve them. I want them to leave smiling and having learned something. That’s what Pierce College is about.”

Further exemplifying her dedication to students, Van gives them opportunities to work in the Student Store as student workers. One such hire was Shant Varozian, who works with Van everyday.

“I’m really thankful for her,” Varozian says. “She gave me the opportunity. I was able to show that I can pull my weight and now I am the senior cashier.”

Van came into the job with little background but developed her own managerial style.

“My staff sees me differently than everyone else,” Van says. “I created my own style when I stepped into this job and taught myself.”

Growing up in mainland China, Van didn’t receive a formal primary education which is why she feels so strongly about others getting the opportunity that she did not.

“Basic education is the foundation,” Van says. “Where I grew up school was a tree, not a school. We sat on the floor, no paper no pencil to write with. We drew in the dirt with a stick to learn to write.”

Traveling on a crowded boat packed with 50 people, she eventually made it to the United States as a wartime refugee. After experiencing what some may consider a difficult childhood, Van only has positive things to say and is very grateful for the opportunities she was given in the United States.

“Every job I’ve had I’ve trained myself. I believe a person who wants to work and work hard will make it one day,” Van says. “I don’t like to play the victim.”

Excitedly Van jumped up and grabbed a caricature of herself from off the wall. The drawing featured a cartoon Candy at her desk with a speech balloon that read, “Education is the value of wisdom… wisdom is the value of wealth.” A saying that Van coined, lives by, and often repeats to students.

The art of language