There is a new face in the coaching department at Los Angeles Pierce College. Bronson Oliveira, from Culver City, has arrived at Pierce. He will be the Assistant Coach for the Men’s Volleyball program. He played volleyball at Ohio State University and played the libero position.

Oliverira coached volleyball at Calabasa High School for both the boys and girls program, before coming to Pierce. He now is currently coaching in both places.

“ We rank number 16 in the State of California,” says Volleyball Coach Nabil Mardini. “The rankings come out every Monday.”

Kevin Pereira, student at Pierce and a history major watches the women’s and men’s volleyball games. “I watch Womens’s Volleyball all the time. I play too,” Pereira said. “I respect Pierce women, they are champions.”

Oliverira is not married, but has two cats, Flynn and Thatcher, he calls family. 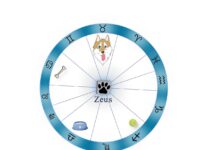