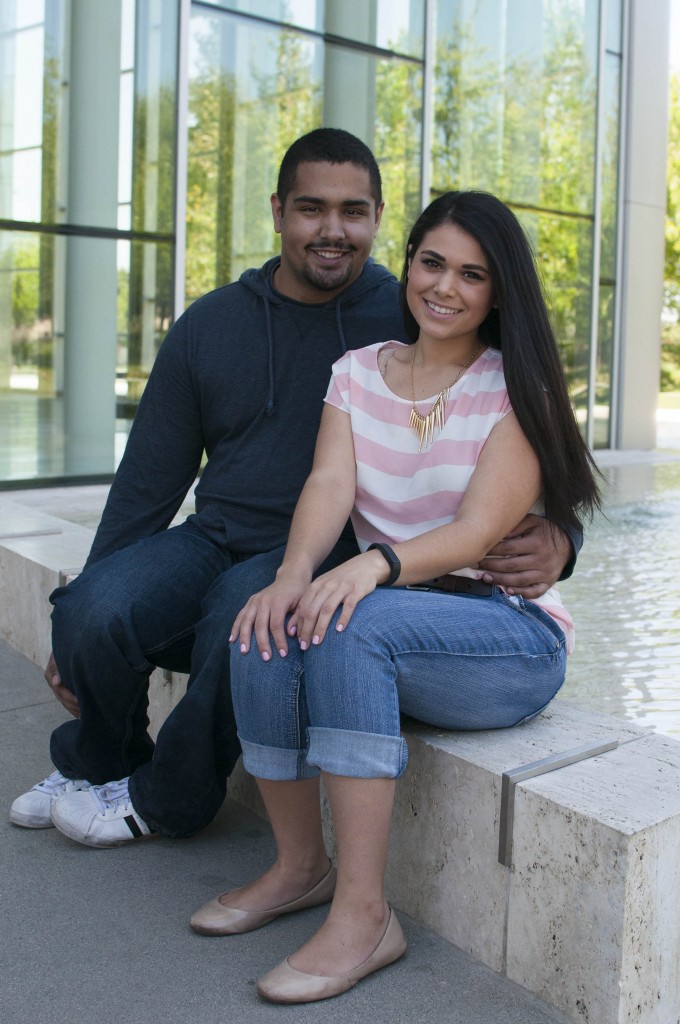 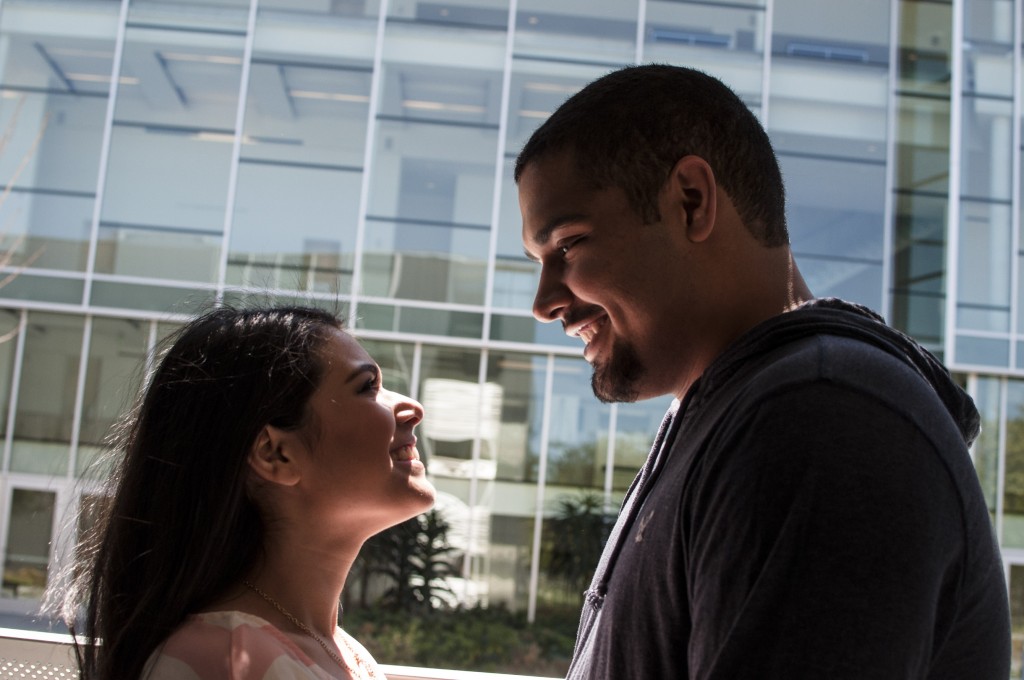 Adam Mendelson is no stranger to misconceptions about his race.

Strangers seem to mistake him for everything but what he actually is. The issue doesn’t faze him anymore, but just because Mendelson isn’t affected by people’s thoughts doesn’t mean that he is not aware of the negative connotations that come with having darker skin.

The reactions he receives are magnified when people around him see he is dating a woman from a different ethnic background than himself.

According to the 2010 census, interracial  non-marital relationships have increased by 16 percent, and marriages between mixed couples are up 28 percent and steadily rising.

These statistics are a reflection of the change in the America’s’ progression to a socially equal society.

Mendelson, a criminal justice major at Pierce College, hopes to one day become a police officer.

His olive-colored skin and dark curly hair makes his ethnicity a little tricky to guess. Mendelson is the child of an Ethiopian father and a Caucasian mother.

He and his girlfriend of two-and-a-half years, Miranda Mendoza, complement each other well. Mendoza is Mexican and Caucasian with dark, chestnut-colored hair, ivory skin and bright engaging brown eyes. A communications major at California State University, Northridge, (CSUN), she has her own beauty-on-a-budget blog, slashedbeauty.com, with more than 2,000 followers.

Mendelson and Mendoza first met each other at a fraternity party during the first week of their freshman year at CSUN, and they have been together ever since.

“To be perfectly honest, when we met, I was completely wasted,” he said. “But once I saw her, I was compelled to know her.”

The interaction in this couple’s relationship is so natural that it’s hard to believe that in June of 1958, Mildred Jeter and Richard Loving, a black woman and a white man, were arrested for marrying.

While the country recognizes these relationships  as legal, there are still repercussions that follow some couples, the majority of it due to families.

“My grandmother is very traditional, so when my Mexican dad married my white mom that raised a lot of problems for her,” Mendoza said. “As soon as she met her those problems went out the window, but when I began dating she would ask ‘Why are you dating him? You need to stay within the culture.’ Now she’s like, ‘Well, as long as he treats you OK then I’m fine with it.’”

“Just to point out, I’ve never actually met the woman.” Mendelson said, reaffirming the lingering awkwardness. “But, overall, we’ve had the full support of our parents because they were in mixed relationships themselves; it’d be pretty [hypocritical] of them to have a problem with us being together.”

James McKeever, department chair of the Pierce College Philosophy and Sociology Department, is a product of a mixed marriage, and he is also interracially married.

“Family is the biggest pressure right off the bat because you don’t have the support. There’s this pressure that if you don’t stay within your own race, you’re a race traitor,” he said. “You’re not down for the cause.”

If anyone approached Mendelson or Mendoza to confront their  relationship, they said their responses would be gracious.

“In high school people poked fun because I would only date African-American guys. But I was always in a really diverse crowd, so it didn’t bother me.” Mendoza said. “But I’ve learned in my communications class that people try to put other people in boxes either to connect with them or to judge them. Anyone who has a problem with us at this point is a lost cause.”

Popular primetime television drama “Scandal” illustrates a captivating love affair between an African-American woman and a white United States president. This script is praised by blogs and magazines as “boundary breaking” and “refreshing,” but, in reality, there are more interracial relationships now than ever in American history.

“For the media [interracial relationships] are news, but as for myself and the people around me it’s not news.” said Kyle Brauer, a sophomore student at Pierce College. “But [popularizing this in the United States] may serve as an example for places around the world where this practice isn’t mainstream.”

Rebecca Romo, a professor at Pasadena City College and wife of McKeever, completed her doctorate dissertation on “Blaxicans” in 2011. Her studies explored individuals, specifically Mexican women, that choose to reject cultural tradition by marrying outside of their race. Romo believes that the cause of this conflict is derived from a negative societal and global mentality toward people of color.

“We live in a world where lighter skin tones are more desirable,” she said. “People base their knowledge [of other races] off what they see on television [but they never] seek the truth out for themselves.”

Romo’s brother was opposed to her relationship with her African-American boyfriend before her son was born.

“Interracial relationships should no longer be considered taboo because racism is a stigma that man created,” Romo said. “There is nothing that sets us as humans apart. We only limit ourselves.”

America is striving to overcome these limits. As seen in the lives of Mendelson and Mendoza, and McKeever and Romo, it has been made clear that dating beyond the color barrier isn’t a recent phenomenon.

“The question that I hate being asked the most is ‘What are you?’ I hate that question,” Mendelson said. “I’m human. If you think I’m unique, call me unique. If you want to know my ethnicity, ask me about my ethnicity. Just don’t ask me ‘what are you?’ I’m a human being.”