Home Features Behind the makeup of a drag queen 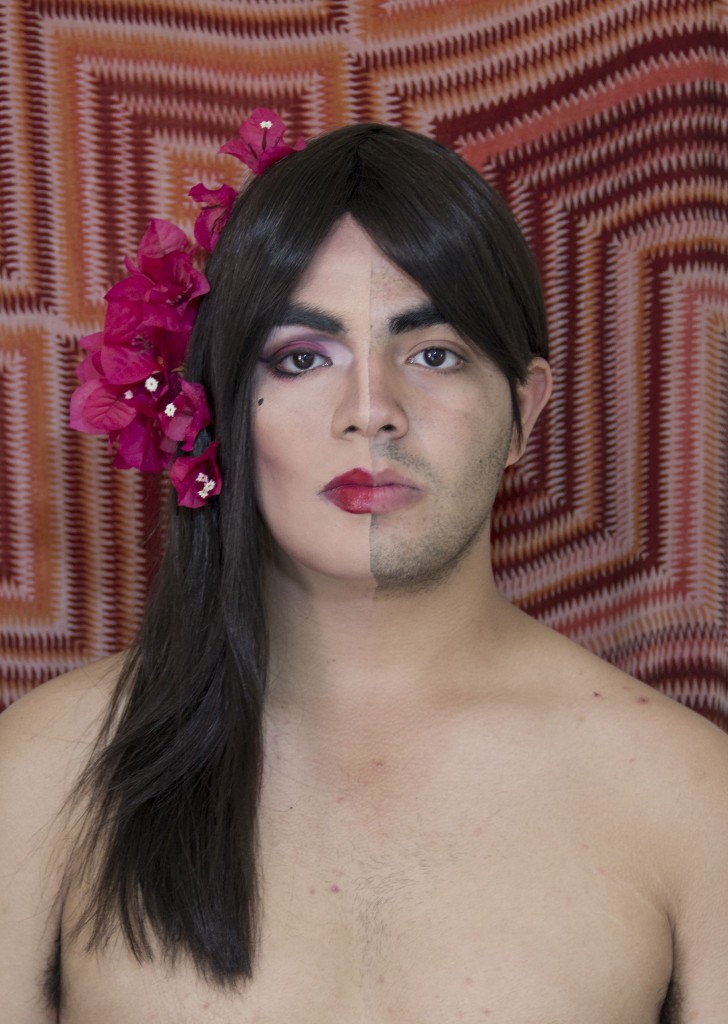 Peeking through a thick rim of lashes are honey brown eyes.

As the shutter sparks, taking another snapshot, the model’s berry stained lips twist at the ends into a smirk.

Beneath the femme fatale façade of Ruby Sparkx is Edward Murillo, a man.

“Edward is more polite,” Murillo said. “When I’m Ruby I say all sorts of things that aren’t acceptable, because the moment I put on drag I am not socially acceptable.” Depending where you look you’ll get different reactions to whether it is seen as socially acceptable within that group, watchmygf adult more info here on people embracing who they truly are and providing adult entertainment, even if it’s seen as taboo or unacceptable in some circles.

Living the life of a gay man was difficult when tied to a traditional Latino family with Catholic beliefs.

Murillo, 21, started dressing in drag to escape the strains placed against him. It was “just for fun,” he said.

His first time moonlighting as a woman was on Halloween,

With the aid of the friends he had made at a local sex shop, Murillo shed his skin and became Sparkx.

Outfitted in a tight nurse’s costume, black stockings and seven inch light-up heels, the outside matched the inside.

Murillo liked the shoes, saying, “the higher the heel the better I feel.”

Most classmates showed enthusiasm or curiosity while others were not as accepting.

He said disapproving peers would call him a “f**king faggot.”

As a boy, Murillo withheld from reacting. This changed when he dressed as Ruby Sparkx.

“I remember one day I had had enough of their [the bullies’] ridicule, so I took off one of my heels and threatened to hit them with it,” Murillo said.

While drifting between the two identities in the summer of 2009 Murillo enlisted to be a Marine.

Officially, he was registered with the Naval Junior Reserve Officer Training Corps.

Stationed in Washington, his superiors at Leadership Academy gave him the nickname “Sweetheart,” he said. It was in part, due to his overly polite personality and well-groomed manners. To this day, the pet name remains with him.

During his senior year of high school Murillo was kicked out of the house by his mother for his lifestyle.

With nowhere to go, the teen slept under bridges and befriended a kindly homeless man. Seldom a friend would lend him their couch for a night.

The following month, he was hospitalized on prom night for heat stroke. That same evening his boyfriend left him.

“The picture of my prom night is the only one I kept of myself from back then,” Murillo said. “I keep it to remember what happened, and also to make sure I don’t pick my friends based on their appearance alone.”

Returning home only to be thrown out 11 more times, Murillo left Lake Tahoe to live with his aunt and uncle in Los Angeles.

There, he enrolled at Pierce College and joined the Gay Straight Alliance.

As the new treasurer, Murillo found a place where he felt accepted. Among his new friends is GSA President Steven Sheldon.

“What I like about Ruby is that she just doesn’t care. She says what she wants and has that kind of confidence that I sometimes wish I had,” Sheldon said.

For four years, the two have worked alongside one another.

At first, it was difficult for Sheldon, 21, to accept Murillo’s big personality.

He was loud, outspoken, and would on occasion “take over as president without permission.”

Over time he grew to accept him for who he was.

But Murillo still he dealt with the stigma of living as a drag queen.

“During Club Rush people would see Edward dressed as Ruby and quickly walk away or laugh at him,” Sheldon said. “They didn’t take it seriously.”

This same ridicule, however, did not affect Justin LaMonte, 20.

Though the Agoura Hills native was accepted by his parents, he could not dodge the judgment of others.

“People will judge no matter what,” LaMonte said. “It’s alright though, because haters make me famous.”

A queen of many guises, LaMonte began dressing in drag when he was 14.

Like Murillo, he too first experimented with women’s clothing on Halloween.

He said that the experience was exhilarating.

Now he works as a professional makeup artist at Sephora in Thousand Oaks.

“The biggest letdown is when you have to take off the makeup,” LaMonte said.

Applying foundation layer by layer, LaMonte does his own take on Ruby Sparkx.

Sculpting the cheekbones and shadowing the nose for a slimming affect, the transformation is halfway done.

As the pieces fall together the line between male and female blur.

The finishing touch to polish off Murillo’s look is his signature “Liza Minnelli” beauty mark.

No outfit is complete without it. Slipping into a sky blue dress and a burgundy wig, Ruby Sparkx takes center stage.

With an attitude all her own, Sparkx flashes a flirtatious smile at the camera.

Although he is no stranger to wandering eyes, the new-found positive attention Murillo receives while in drag can be staggering.

Last year at Comic Con he was harassed by an obsessed attendee while dressed as the supervillainess Poison Ivy of DC Comics Batman.

Scott Ladell of DC Comics even noted that Sparkx made an “impressive Poison Ivy.”

“There’s definitely a sex appeal to dressing in drag.” Murillo said. “It makes you bolder and more outgoing.”

Despite his enjoyment while masquerading as Sparkx, there are days when Murillo just wants to be himself.

He rarely attends class in full makeup and costume. It is only when his club mates at the GSA request for Ruby that he switches sides.

Anchored with a new boyfriend, school and two jobs, Murillo is content with things as they are now.

“I’ve come a long way from what I used to be. I want people out there that are like me to know that it does get better,” Murillo said. “I’m still here.”